Here are the Winner and Loser Stocks after Malaysia Election

A historic win at Malaysia’s general election by the opposition alliance led by the country’s former leader, Mahathir Mohamad, has sent the Bursa Malaysia markets on a wild ride a few weeks ago.

Indeed, a number of stocks listed on the Singapore bourse with Malaysian exposure took a hit on the next day after the unexpected win.

In this article, I will list out some sectors that are affected by the shocking political change in Malaysia.

Construction and cement sectors are facing downward pressure, as the new government planned to review all infrastructure mega projects in Malaysia.

These include the High-Speed Rail (HSR) project, which will connect Kuala Lumpur and Johor Bharu with Singapore. The project was proposed by the sixth Prime Minister of Malaysia, Najib Razak.

Mahathir Mohamad is opposing the HSR project, questioning the project’s financial feasibility. He said that the HSR contract signed between Malaysia and Singapore may not be done deal if Pakatan Harapan, which is under the leadership of Mahathir, comes to power.

Now that the mega project has been scarpped, it will affect the construction companies including Malaysian Resources Corp, Gamuda Bhd, Sunway Construction and YTL Corporation Bhd. 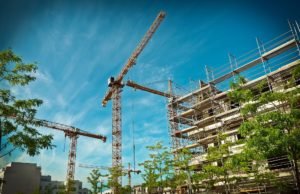 On the other hand, the Malaysia Ringgit is facing selling pressure as the new government proposed the abolishment of the GST (goods and services tax).

The removal of GST would increase Malaysia’s reliance on oil-related revenues and narrow the government’s revenue base. Furthermore, the new government has planned to reintroduce the fuel subsidies too, which would affect Malaysia’s fiscal position and balance of payments.

Both policies may have a negative impact on Malaysia’s sovereign rating, leading to depreciation of Ringgit.

The good news is that the falling of Ringgit may benefits export counters in Malaysia.

Some of the commodities exported from Malaysia are:

Top Glove has a primary listing in Malaysia and a secondary listing in Singapore. You can find out more about Riverstone Holdings Limited here.

George Kent was initially an engineering company involved in manufacturing, trading and investment and development of water infrastructure projects. Its core business is in the water industry, supplying pipes, valves and fittings, industrial and domestic water meters.

However, the company was awarded for the RM1.1 billion Ampang light rail transit (LRT) line extension project in 2012. The project secured by George Kent was rare, as the company was better known as manufacturers and suppliers of water meters with no experience in construction industry.

According to Malaysia Today, the company’s chairman, Dato’ Tan Kay Hock, has been a golfing buddy of Najib’s for 25 years. Therefore, sceptics had been critical of the award and pointed to Tan’s ties with Prime Minister Datuk Seri Najib Tun Razak. 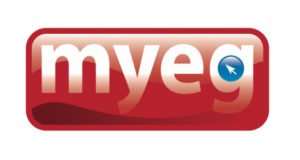 MyEG is well-known for its political connections with the previous ruling party.

The company started out as a government concessionaire which provides services including road tax renewal, foreign worker permit renewal, summons checking and zakat payments. It has since evolved into a provider of commercial services such as hire purchase and insurance services as well.

Its stock has been the darling of the market for many years now, with its market capitalisation has grown from just over RM 100mil since its listing in 2007 to Billions prior the election.

However, MYEG Berhad has continued its downward spiral since last week post-election. The counter has hit the limit down shortly after markets opened the last Monday.

MyEG’s single largest shareholder is its managing director Wong Thean Soon who has a 7.73% direct stake and an indirect stake of 31.79%. Despite the negative market reaction, Mr Wong has acquired up to 16.5 million of shares from the public. The company also announced a share buyback of 3 million shares to boost investors’ confidence.

Due to uncertainty in the current government’s policies, a lot of stocks have taken a huge beating. For example, Sunway Construction’s stock price has declined 16% from its height of RM2.39 per share before the election to RM1.99 at last trading day.

Is it a good time to fish for bargains in the Bursa Malaysia’s stock market? We will leave the answer to you.