Small Cap Stocks: Why You should Invest in Them

Small cap stocks generally refer to companies with a relatively small market value of about $300 million to $1 billion. While they may not be as well-known compared to the big boys like Capitaland or SingTel, they have great growth potential, in turn, offer much higher returns.

Here is a list of some of the valuable reasons why you should invest in small cap stocks: Before a stock becomes a large company, it often starts out as a much smaller base for lots of room to grow.

Is it easier to double or triple your sales/profits when its $1,000 or when its $1million?

Yeah, you got it…

It is no surprise to see explosive growth of >25% year after year esp. at the start.

In addition, it is much simpler for small companies to change their strategies in relation to the market changes. And this also brings us to the next point…

2. Ability to be nimble

It is common for the large companies to have much more levels of ‘red tape’ and protocols as compared to small cap companies.

The benefit of a smaller team is that it can be nimble and thus, take advantage of timely opportunities to grow their business.

Furthermore, the founders or top brass of small cap companies often own huge stakes in the firm.

This means that they are aligned with the interest of other shareholders and will work towards maximizing everyone’s wealth.

With little or no coverage by analysts, they are often forgotten or neglected by big financial institutions (like asset funds or institutional traders etc). However, these prices can well shoot up once people start to garner attention on them.

This is what happens to International Healthway Corporation Ltd (SGX:5WA) in an extreme case.

The existing board of directors got overthrown by the Oxley duo and then OUE Limited came in to launch an unconditional takeover offer for whole of IHC, all within a few days.

IHC soared a whooping 100% during that period. You can read more about it here.

Thus, the lack of coverage can sometimes be a blessing in disguise for people who have scouted these hidden gems well beforehand.

As the company keep growing, there is increased likelihood that it will get ‘discovered’ by analysts, pushing up its share price.

As mentioned above, small companies are less recognized among the investor crowd. The low trading volume will lead to the shares being illiquid.

Therefore, they sometimes suffer from a valuation gap where its share price is not reflective of how the companies are performing.

This is probably due to an announcement from China that it has designated a new Special Economic Zone (SEZ), right beside KSH’s JV development in Gaobeidian, Hebei province. You can read more here. 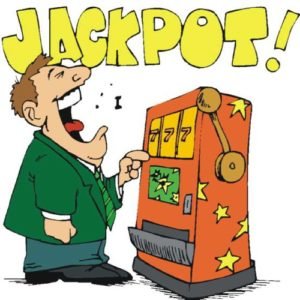 Once again, this is proof that one can strike a jackpot if he is patient, especially when it comes to small cap hidden gems.

Last but not least, small companies which are well-managed and growing rapidly are often ‘yummy’ takeover targets by their larger counterparts.

Huge businesses often find it cost-effective or easier to acquire an already established small company than starting their own.

To sum up, investing in small-cap companies can give the impression of a black box to many investors.

That said, small cap stocks offer a huge runway of growth given the right multitude of factors like a strong management team, good growth prospects and more.

Thus, we believe that small cap stocks offer the best way to achieve Multi-Bagger Returns, so long as we avoid the downside risks.