Karex’s Share Price Trading at Its Lowest – Is it a Bargain? 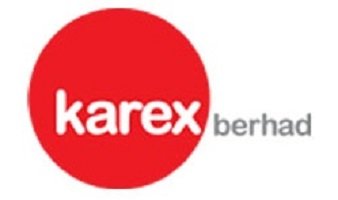 Karex Berhad (Bursa: 5247) may sound like a foreign name to you. But you would have heard of Durex. Yes, Karex has been the condom manufacturer for Durex and many other brand names, which includes Ansell.

In layman terms, it is responsible for enhancing your performance in bed.

But the funny thing is – it cannot enhance its own performance in the stock market this quarter.

With such a huge dip, is this counter a bargain buy? Read on to find out!

Karex is the world’s largest condom maker, producing 5 billion condoms in 2016. That amounts to approximately 15% of the world’s supply, including those made for well-known brands such as Durex.

The company is licensed to export to more than 110 countries across Africa, Asia, America and Europe. Its own brand name includes “Carex” and “INNO”. Currently, it has 3 manufacturing facilities across Pontian, Johor, Port Klang Selangor and Hat Yai, Thailand. 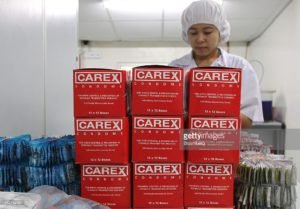 Besides manufacturing condoms, the company also manufactures lubricating jelly and other medical devices such as catheters and probe covers. However, its condom segment brings in the largest proportion of its overall revenue, accounting for over 90%.

If you are interested, here is a short-clip of the company’s businesses from CNA.

For its latest quarter 3Q17, revenue was up 4.5% to RM92.2 million, compared to its previous corresponding period. However, its net profits took a hit – it dropped by 27.1% from RM10.1 million in 3Q16 to RM7.3 million in 3Q17. With that, its earnings per share for the quarter dived 28% to 0.69 sen, which is why investors dumped their shares immediately after its results release.

For its cash position, net operating cashflow decreased by 73% from RM18 million in 3Q16 to RM4.9 million in 3Q17. This is due to its business generating less profits and hence, cash. Over the past one year, its cash pool has declined by about half from RM162.6 million to RM83.5 million currently.

A heartening fact is that the company still carries relatively little debt. Its total borrowings amount to RM24.3 million, which is just 29% of its cash and cash equivalent. Therefore, credit risk may seem to be less of an issue.

A report by Technavio’s market research analyst (Nov, 2016) believes that the “global condom market will exhibit steady growth and post an impressive CAGR of over 10% by 2020”. This is in lieu of the health side-effects posed by the use of birth control pills, igniting a shift towards the use of condoms. You can check out a snapshot of the report here.

Another report by GIA forecasts the “global market for condoms to reach 48.5 billion units, worth US$8 billion by 2022”. This is supported by the growing popularity of female condoms and continuous focus on product innovations by manufacturers. If this were to be accurate, with Karex’s current market share, production will increase by 45% to around 7.3 billion by 2020.

With condom being a personal health-being product, I believe that consumers will look out for an established brand name more than anything else. You will not want to rely on an unknown condom brand in bed, just for the sake of saving a few dollars.

Karex do have their own brand names but is definitely less established. Its business is highly reliant on production for more established brands, such as Durex and Ansell. This is relatively risky because a change in manufacturer from any of these brands will have a huge impact on Karex’s businesses.

I believe Karex knows this fact and that is why they have been engaging in 5 acquisitions over the past 2 years. In the near future, more expenses may be spent on further acquisitions and marketing of its own brand names. Investors may want to hold and keep a lookout for any signs of turnaround before jumping onboard.

About the author James Yeo