Warren Buffett: The Difference between Investing, Speculating and Gambling

It is hard to tell apart investing, speculating and gambling completely. To many investors, the three can overlap with one another.

Even Warren Buffett, the Oracle of Omaha, finds it tricky to define those terms.

“It’s like pornography,” he quipped, referring to how a word can be interpreted differently by different people.

But here is how Buffett looks at it:

According to Buffett, an investment operation is “one where you look to the asset itself to determine your decision to lay out some money now, to get some more money back later on”. 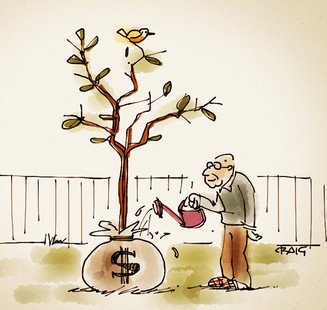 This can apply to apartments, stocks, farms, commodities, etc, and an investor looks at all of them with the above-mentioned intent.

However, Buffett also opines that the price or quote of the asset should not be a major concern of the investor.

This is understandable, considering that Buffett is known as a long-term value investor.

In fact, one of his best-known quotes “Price is what you pay, value is what you get” reminds investors that price and value are not always the same.

“When I buy a stock, I don’t care if they close the stock market tomorrow for a couple of years because I’m (ultimately) looking to the business—Coca-Cola, or whatever it may be, to produce returns for me in the future from the business,” he said.

Buffett sees speculation as an action more focused on the price action of the stock, but not the stock itself.

For example, it can be a prediction of whether quarterly earnings are going up, or are going to be split, or if dividends will increase.

So, what is the difference between speculating and gambling?

Gambling, as defined by Buffett, is to engage in “a transaction which doesn’t need to be part of the system”.

He raised the example of betting on a football game, where the game’s operation is not dependent on whether he bets or not.

Same goes for “betting” on commodities such as wheat, coffee, etc—one may be speculating the prices, but such speculation has no necessity for existing in the specific economic framework. Or at least, the people planting the wheat would not know what the price is going to be later on.

Perhaps that makes it as good as gambling, which can be easily picked up, and has a strong behavioral aspect to it. “People don’t have to be trained to want to gamble in this country, but they have this instinct—a great many people—they’re encouraged when they see some successes around,” said Buffett.

“That’s why the bells and whistles go off in the casino when somebody hits a jackpot, you know.”

But he also warned that this propensity to gamble has terrible odds attached.