For those of you who like to buy undervalued stocks, you can consider these 3 shockingly cheap stocks below.

These three cheap small-cap stocks stand out from the crowd because of their low P/E ratios and high growth rate.

Stock #3 has seen its share price increased by 22% in its last transaction date! Founded in 1981, Spindex Industries is an integrated solution provider of precision-machined components and assemblies. 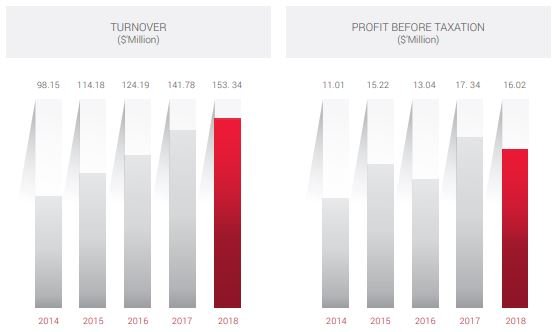 Spindex’s historical financial performance has been spectacular from 2014 to 2018. In this time frame, the company’s revenue and profit before tax had grown by 11.7% and 9.8% per year, respectively.

Despite the higher revenue for the year, profit before tax fell slight by 7.7%. According to its annual report, it was due to higher production cost associated with certain new projects during the financial year which had low yields.

Spindex Industries has track records of long-term partnerships with several Fortune 500 companies, such as Sony, Texas Instruments and Hewlett Packard.

However, the company mentioned that the trade war might negatively affect its business prospects:

“The recent introduction of trade tariffs by global trading partners has affected business confidence and we are naturally concerned that these trade conflicts might escalate. This can negatively affect the Group’s performance. As we maintain a cautious outlook for FY2019 and remain vigilant in monitoring market developments closely, we are leveraging on our equipment investments to continue our marketing to selected potential customers.”

Cortina Holdings Limited was founded 46 years ago in 1973 as a luxury watch retailer.

Some of the luxury brands distributed by them are such as Rolex, Breitling, Patek Philippe, Audemars Piguet and much more. The company now has a presence in Singapore, Malaysia, Thailand, Indonesia, Hong Kong and Taiwan.

Financial performance for Cortina Holdings has been improving since the past 2 years, despite having some setback in FY2015 and FY2016.

The total revenue reached a new record high of S$466.3 million, which represents a 19.3% increase compared to S$390.8 million in the previous financial year. 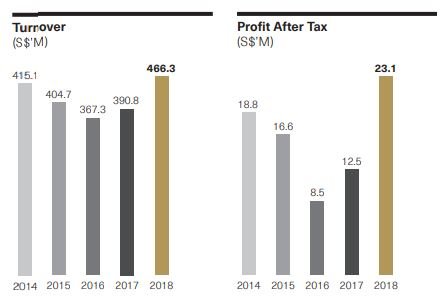 For its future outlook, Cortina commented:

“Moving forward, we remain committed to strategies that foster sustainable growth and create value over the long term. Through adopting an approach that focuses on driving organic growth, alongside prudent capital management measures, we continue to explore new opportunities to expand our regional network.”

What has caught my eyes was that Sunpower has served more than 1,500 customers worldwide. Some of its clientele includes Chinese state-owned enterprises such as China National Offshore Oil Corporation (CNOOC), China Petrochemical Corporation (Sinopec), Shell, BP and much more.

Sunpower has seen commendable growth in its revenue and bottom line. The revenue has grown from RMB 1.3 billion in FY2013 to RMB 1.965 billion in FY2017, which translates to CAGR of 10.8%. 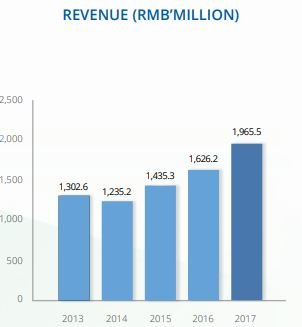 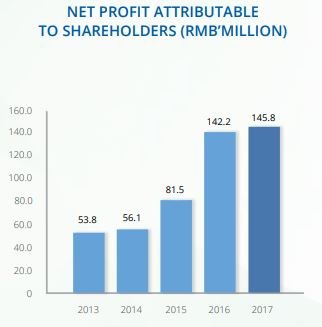 The company’s future seems bright with the support from China’s government policy on cutting down its pollution levels.

According to its latest 1Q18 quarter results, the company recorded a 49.2% yoy surge in net profit excluding financial effects of Convertible Bonds. Currently, Sunpower has four projects in operation, another 5 projects in the construction or design phases, and three more to be constructed. These have made up more than RMB 3.4 billion on their green investment project portfolio.

Besides, the company holds 20-30-year concessions contracts on co-generation plants that supply steam, heat and/or electricity to exclusive industrial areas.

Sunpower’s big share price drop was due to the fact that their 2 substantial shareholders pledged their shares for personal loans to America 2030. They subsequently discovered that each of their 14 million ordinary shares, which had been deposited in a designated account as collateral, was allegedly no longer in the account.