Berjaya Food Berhad (BJFOOD) is, as the name suggests, an F&B restaurant company. What you may not know is that it is the master franchisor (i.e. regional operator) of the Starbucks brand of companies in Malaysia.

That’s right, BJFOOD owns Starbucks in Malaysia! Hence, if you want some exposure to this amazing global brand for a reasonably affordable outlay, you can consider investing in this stock.

What’s to like about this stock? Basically, it’s the fact that it is Starbucks. Starbucks clearly has pricing power in its products. A casual observer would notice that the company hikes the prices of its products by about 5% about once every 3 years to keep up with inflation.

That is, in my opinion, an extraordinary feat – a recurring, perpetual ability to increase prices without affecting demand. This has been apparent in its rising revenue over time, from RM 376M in 2015 to RM 788M in 2019.

Of course, the increase in revenue hasn’t come from simply hiking prices. BJFOOD has another miraculous capacity – the ability to guarantee demand and print cash from its stores simply by virtue of existing. That’s the power of the Starbucks brand. 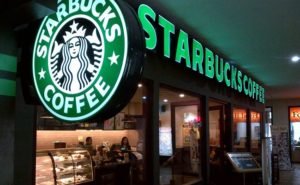 Practically none of its stores are non-performing, with only 4 or 5 stores having been closed down due to performance issues since its debut on the stock market.

BJFOOD has been increasing its store count by roughly 10% per year like clockwork ever since it began, reaching nearly 300 stores for the financial year ending 2019. In other words, you can approximately bet that it will increase revenue by at least 10% a year. That is, in my opinion, another astounding feat.

None of this would be considerable, of course, without considering the same-store sales growth (SSSG) metric. SSSG is basically the growth in sales which the company experiences from its existing stores y-o-y, without accounting for growth in sales from new stores.

This basically measures performance of the stores on an apples-to-apples basis from one year to the next. SSSG from Starbucks stores has been approximately 5-6% per year for each of the last five years, which if you’re not familiar with the retail industry, is a really good milestone to achieve.

Put simply, the cash flow profile of this company is excellent. Putting aside the fact that the company prints money like clockwork every year – as evident from its steady, recurrent Operating Cash Flow and Free Cash Flow – the working capital position is out of this world.

Firstly, it has very low inventory and receivable days simply because it deals with perishable goods and because its customers tend to transact in cash terms. However, what one might miss is the fact that it also has high Payable days because Starbucks has strong bargaining power over its suppliers. Think about it, normally, a company needs to come up with cash upfront from investors to pay suppliers for inventory before it can start selling products and earning revenue. In Starbucks’ case, it uses the prepaid value of its cards to pay suppliers in order to buy inventory, then sells the products without a single cent being contributed by investors! This is called negative working capital, a cash profile in a company as rare and desirable as a true real-life unicorn.

As a result, putting together receivable days, inventory days, payable days and deferred income, you get an obscenely low Cash Conversion Ratio. In other words, this is a company which will never go bankrupt due to cash issues.

With all the above considered, you can expect steady annual revenue growth of 15% (10% from new stores + 5% from existing stores) into perpetuity, do a margin analysis to arrive at earnings growth, and attach a multiple to arrive at a reasonable valuation. It is the simplest type of business to value, almost utility-like in characteristic.

Cash flow is a non-issue since the Starbucks brand simply prints money like clockwork. This is the mother of business models to fall in love with. No wonder the Starbucks stock in the US has performed so well over the years!

So what are the risks? Well, for one the company has shored up a lot of debt in order to wholly acquire the Starbucks franchise in 2014. As of FY2019, it had long-term debt of RM 127M and short-term debt of RM 161M – and the figure keeps rolling over ever higher and higher year-over-year.

This is in comparison to Operating Cash Flow of RM 131M and Free Cash Flow of about RM 50M in FY19. Not the worst of positions to be in, all things considered, but it could be better. Ideally, I’d love if the company would focus on paring down its debt instead of paying dividends (which amounted to RM 15M for FY19).

Another risk, which I haven’t talked about yet, is the fact that the company also has other food franchises under its hood.

That’s right, BJFOOD does not only own the Starbucks franchise, it also owns two other restaurant franchises. These are the Kenny Rogers brand and the Jollibean brand.

Unfortunately for BJFOOD, both of these franchises are non-performing, with the former roughly breaking even over the years while the latter is loss-making.

However, they are roughly self-sufficient when considering the scale of the company, and not too much of a headache if history is anything to go by.

From a capital perspective, it pays to mention that the company hasn’t issued significant amounts of equity over its lifetime. It has a lot of debt, but it pays a roughly 1% dividend yield and it is quite active in stock buybacks (owning 4% of outstanding shares in treasury stock as of FY19).

This is ideal as the business is utility-like in its cash flow structure (i.e. Starbucks basically prints money), and it earns enough cash flow to both pay back coupons and return cash to shareholders in the form of dividends and buybacks.

Another risk that one may naturally consider is the fluctuating price of raw materials, specifically coffee beans. However, it should be noted that coffee beans only make up 10% of costs of raw materials because Starbucks’ main money maker is its frappuccinos and flavoured drinks, not its coffees.

Hence, a rise in prices of coffee beans does not hugely impact its bottom line. You may even be surprised to find out that its biggest cost component (from a gross margin perspective) is actually milk!

What are the opportunities for Starbucks, or BJFOOD in particular? Well, not much to be honest. If you like this stock, it’s because you’re comfortable with approximately 15% revenue growth year-over-year.

This isn’t going to be a multi-bagger for the same reasons it isn’t going to go bankrupt – because it’s a stable, boring business. And that’s okay, in fact, that’s more than okay. But just know what you’re getting into.

Okay, we’ve gone over the business and its financials, let’s come to the last topic, Valuation. At 22x PE with mediocre earnings growth of about 10%, its not a particular attractive valuation. But keep in mind that you’re also paying a premium for the steady brand that is Starbucks and all its salient attributes.

At this price of RM 1.33, I don’t think it’s a particularly attractive stock. But you definitely should keep it on your watchlist in case the stock craters to approximately RM 1.

To conclude, this is a reasonably attractive stock that you should keep on your watchlist because of its excellent business and cash flow characteristics. If the share price ever falls to RM 1, i may really sit up and scoop it up by the truckload.

I hope I’ve given you some food for thought. Happy Investing!