3 Small Cap Stocks to Add to Your Watchlist

A small cap stock is a stock of a publicly traded company whose market capitalization typically ranges from $300 million to approximately $2 billion.

We have identified 3 stocks across both Singapore and Malaysia that y0u can add to your watch list. 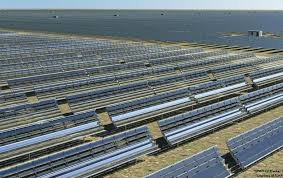 Sunpower Group is listed on SGX and has two main operations segments: 1) The GI segment, 2) the M&S segment. The GI segment, invests in, develops and operates centralized steam, heat and electricity generation plants. In the M&S segment, the Group engages in the businesses of high-end Environmental Protection Manufacturing and Services to provide a variety of customized products and solutions for diverse industries.

Environmental protections have been the main recurrence in investment these days. Investors are generally focusing on investing in environmentally friendly energy resources. Blackrock – the biggest asset manager in the world has announced that it will exit investments that “presents a high sustainability-related risk”.

China has also been supportive of renewable and environmentally friendly resources and have given concessions to such companies. These are all reasons that will boost Sunpower’s future business outlook.

Spritzer Bhd is listed on KLSE and manufactures and distributes natural mineral water in Malaysia. The group sources for its water supply naturally, with the main site at its 330-acre area of natural water sources at Taiping, Perak.

Spritzer has about 40% market share of Malaysia’s market and are expanding its operations to hit the 45% market share mark. Moreover, it has expanded overseas into the UK and China market. Consumers has generally switched to healthier food and beverages options. Government has also stepped in to help reduce sugar intake by introducing sugar taxes. Malaysia has added an additional MYR 0.40 tax per litre of soft drinks to curb sugar intake. With pricier sugar drinks and healthier habits, consumers will naturally turn to mineral water to quench their thirst.

As of the 3rd quarter financial report, Spritzer’s revenue increased by 10% to RM 2.87 billion, while net profit improved by 19% to RM 24.7 million. A good point to note is that Spritzer has low borrowings and good amount of cash cushion. Cash and bank balances were at RM 26.2 million and borrowings (both current and non-current) were at RM 5.68 million. For a manufacturing company, this is an admirable debt level.

Penguin International Limited is listed on SGX and it is a builder, owner and operator of aluminium high-speed craft.

Through a group of wholly owned, integrated subsidiaries, Penguin owns and operates a fleet of crewboats and passenger ferries, and design and build a variety of high-speed craft, including patrol boats, firefighting search-and-rescue vessels, and security vessels, at its shipyards in Singapore and Batam, Indonesia.

Penguin International’s share of all such vessels built in 2017/18 was 60%, the single largest market share. With the vessel market on a general bullish sentiment, Penguin will likely be able to rely on its capabilities to ride the wave.

Penguin is in a strong net cash position of more than $20 million, which provides it a strong cushion for any headwinds.