Peter Lynch put together one of the greatest investing track records of all time, while serving as the portfolio manager of Fidelity’s Magellan Fund.

A $1,000 investment in the fund on the day Lynch took over in year 1977 would have grown to $27,200 by the time Lynch stepped down 13 years later – translating into a whopping 29% compounded annual returns!

Despite those truly remarkable returns, Lynch was a passionate believer in the notion that the normal investor can pick stocks better than the average Wall Street professional. In fact, he argued that the retail investor had numerous advantages that might allow him or her to outperform both the experts and the market in general.

Below are three simple lessons from Lynch that will assist ordinary investors in their quest to beat the market:

Peter Lynch is very well known, of course, for recommending that investors “buy what they know.” In his classic book One Up On Wall Street, he recommended that you should “never invest in any company before you’ve done the homework on the company’s

One good example here is QAF Limited (SGX:Q01). Do you know that QAF Ltd produces the Gardenia line of bread as well as many household staple brands like Farmland, Cowhead and more? 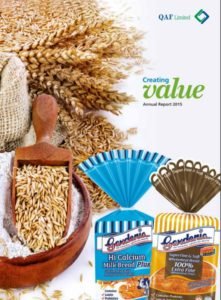 Gardenia is currently upholds the leadership position of the best-selling packaged bread brands in Singapore, Malaysia and Philippines. It is now even moving into China and expanding with Fujian state as a stronghold.

With lots of recurring cashflow coming from Gardenia’s stable of products, it is in a net cash position and able to pay out decent dividends throughout the past years.

All the points stated above links back to what Peter Lynch advocates – “investing is 99% perspiration.” As a rule of thumb, he believed that an investor needs to understand well in what you are owning (buying the shares).

He also figured that a part-time stock picker probably only has time to follow 8 to 12 companies. Lastly, he warned that “if you don’t study any companies, you have the same success buying stocks as you do in a poker game if you bet without looking at your cards.” 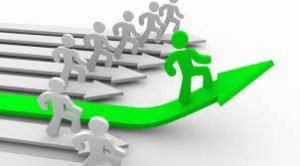 Lynch strongly believed that everyone has an edge that can allow them to outperform the experts. The key is to utilize your edge by investing in companies or industries that you understand well.

Ultimately, Lynch felt that ordinary folks need to discover their personal edge, whether it’s a profession or hobby or even something else, like being a parent.

Here’s my personal story & how I gained an “Edge”:

When I started out as an investor, I tried out many different styles of investing/trading. Dabbling in forex, stocks & CFD trading was fun, but not really my cup of tea. Despite following the trading rules zealously, I still didn’t really make it. I felt that it was too much time wasted for me and I can’t really concentrate at work since my mind is always on the heavily leveraged trades.

Consequently, I put a stop to all my investing activities for a while and took a step backwards to look at the big picture. I realized that over the 10 years of my investing journey, I had the most success with small & mid cap stocks.

Intrigued by this book called “100 BAGGERS” by Christopher W. Mayer (you can get it free here), I managed to secure big winners such as Riverstone Holdings Limited (SGX:AP4) and Best World International Limited (SGX:5ER) and OSIM International Ltd. (SGX:O23).

Being able to achieve multi-bagger gains of >100% gave me the confidence to carry on what I am doing best – scouting for hidden gems that are under the radar of big asset management funds or brokerage firms.

Being patient and investing for the long term should be the simplest investing lesson of all. Sadly, it’s one of those things that is easier said than done. In 1960, the average holding period for a stock was eight years; nowadays, it’s just four months.

Lynch often said that he had no idea what the market would do in one or two years. But he was confident about what stocks would do 10, 20, or 30 years from now. He truly believed that time was on the side of the retail investor, and that’s why he was an enthusiastic proponent of long-term investing.

And yes, he was aware of some long time frames where the market didn’t do well. In an interview with Frontline, he referred to the period from 1966 to 1982 when the market was flat for the most part. But Lynch noted that you’d have still received dividends from your stocks. He also felt that corporate profits tend to trend upward, and that investors would eventually be rewarded for that.

Conclusion – Simple is as simple does

Lynch believed that it “pays to be patient, and to own successful companies.” He understood that there are times when there doesn’t appear to be a correlation between a company’s operations and its stock price.

However, he also knew that “in the long term, there is a 100 percent correlation between the success of the company and the success of its stock. This … is the key to making money.”

To end off, Peter Lynch once said, “The simpler it is, the better I like it.” In a world of faster trading and ever-increasing flows of information, keeping it simple might be the ultimate edge for the ordinary investor. Always remember, though, that simple doesn’t necessarily mean easy. I know I have to work a lot harder on all three of those “simple” lessons mentioned above.