Your Investment Survival Kit for 2021

Find out what and Where to Invest in 2021 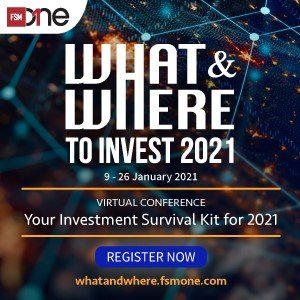 Wilmar stock analysis: Is it a bargain now?

Step-by-Step Guide on How to Invest in RSP

Walmart Stock Analysis: Can it compete with Amazon?

Blockbuster IPOs have been little this year due to trade uncertainties in the world. Many major companies such as Aramco have postponed their IPO till the dust has cleared. However, Alibaba has withstood all obstacles and did its second IPO listing on Hong Kong Stock Exchange.

With all these excitement going on, we have come up with the 10 quick points below for you to find out more about Alibaba Hong Kong IPO debut:

China has always been at the forefront in terms of e-commerce. According to U.S. Commercial Service of the U.S. Department of Commerce’s China e-commerce market size was US$1.33 trillion for 2018.

According to Asia Nikkei, Alibaba holds the most market share at an astounding 55% for 2018 – which means it captures e-commerce sales of  US$731 BILLION dollars… i can’t even imagine how much is that in my mind… A notable point is that in the fiscal year, Alibaba is the only e-commerce company that has positive profits. Closest rivals such as JD.com and Pinduoduo are still in the red.

At the backdrop of the lack of blockbuster IPOs + Hong Kong ongoing protests, Alibaba Hong Kong IPO debut has provided a bright light to Asian investors.

A confluence of its reputable brand name, solid financials and admirable growth prospects, investors swarmed to participate in the IPO. According to WSJ, Alibaba was more than 40x oversubscribed!

Alibaba listing on HKEX gives priority to Asian investors (think fund managers) a time zone that is more comfortable to monitor. This is also a boon especially to Hong Kong/China asset managers who have a mandate to only invest in Hong Kong local shares.

Southeast Asia touted to be the next region of growth. Alibaba has not let it up and has invested in several prominent budding companies in Southeast Asia.

Most notable was the US$1 billion acquisition of SEA’s leading e-commerce platform – Lazada. It has also taken up a 34% stake in Quantum Solutions, a Singpost subsidiary that offers end-to-end e-commerce logistics.

Hence, Alibaba’s Hong Kong listing may facilitate its SEA expansion to build the next era of growth.

#8 Sitting on US$43 billion after listing

After listing on HKEX and after raising US$11.2 billion, Alibaba will sit on a cool US$43 billion. Alibaba comes in second to Apple with cash holding of US$49 billion.

This means Alibaba will have plenty of gunpowder to further expand its arsenal in Southeast Asia, deepen its reach into the rural provinces in China or even do some important M&A of complementary businesses.

#9 Not only an e-commerce company

Without a doubt, first thing that comes to mind when Alibaba is mentioned is Taobao – its e-commerce platform.

However, Alibaba is more than just that. Over the years, Alibaba has dived into e-payment (Alipay), financial services (Ant Financial), food delivery (Eleme), and many more.

In short, Alibaba is a diverse company which has a built an ever expanding network across lots of industries. That’s where the massive cash hoard will perhaps come into play (mentioned in point #8).

According to AAStocks, Alibaba will join Hang Seng Composite Index from 9 Dec.

For a quick background, Hang Seng Composite Index is the equivalent of the more familiar Straits Times Index but its components are made of stocks listed on Hong Kong exchange.

Being part of the index shows the recognition given to the company due to its market capitalization and the volume of shares traded.

To sum up, Alibaba’s Hong Kong IPO definitely garnered lots of attention from the investment community. For many investors, they are very keen to get a slice of a juggernaut company which touches their everyday lives (Taobao, Alipay etc).

For Singaporean investors, one need to take note that since Alibaba’s stock 9988 is priced in HKD, there will be an exchange rate involved. It is advisable to check the SGD/HKD rate for the individual brokerage before committing to the purchase.

Another would be the possible custodian fees charged for your overseas holdings – paid to the brokerage for ‘jaga-ing’ your overseas stock holdings.

Last but not least, the Hong Kong stock market’s trading hours are only from 9.30am – 4.00pm so make sure you monitor Alibaba’s stock price within this timeframe.

Wilmar stock analysis: Is it a bargain now?