How Blockchain technology works and its impact on our lives

Although the crypto markets are developing at a rapid pace, many people are still at a loss on how blockchain technology works. That said, we are in luck as Huobi Pro has partnered withHuobi Academy of Blockchain Application to come up with a premium report listing the important stuff surround the Blockchain technology.

Huobi  Academy  is  a  research  institution  focusing  on  technological  research,  industry  analysis,  application  innovations,  trend  analyses  and  business  consulting  in  the  field  of  Blockchain.  The  report  will  first  be  made  available  to  the  attendees  of  Blockchain  Festival  Vietnam.

In this article, we will drill in deeper the intricacies of Blockchain technology and the various stages of its development thus far. When we take a step back and think of the process during an online payment, you would realize that the money is going through a trusted 3rd party intermediary – e.g. bank or paypal etc. No one is going to accept your payment if the money received by the seller is going to be accepted by the bank.

We have always been contented with the above until we come out that blockchain technology can potentially change the way money is going to be transferred at much lower costs than before. It even enables you to send a payment to someone located at somewhere far away even without a 3rd party intermediary!

Fundamentally, blockchain technology allowslarge scale cooperation under an open and distributed network environment (see below) as opposed to being subject to traditional centralized coordination (e.g. you transfer money through a bank and the other party gets it via the same bank).

3 Big Stages of the Block-chain Ecosystem

Blockchain development has come a long way ever since the first emergence of Bitcoin and its associated whitepaper from Satoshi Nakamoto called “Bitcoin: A Peer-to-Peer Electronic Cash System”.

To date,there are over a thousand digital assets created and various blockchain methodologies like Proof of Work (POW), Proof of Stake (POS), Proof of Concept (POC) and more. In this section, we go the3 stages of development of the blockchain technology for you to get a better understanding of how it works.

The 1st stage of blockchain is a distributed network aimed at faciliating peer to peer (P2P) communications and transmission. The defined protocol in this setting is called “consensus algorithm”.

Simply put, the core of such network is toreach an agreement among different parties where each of them can initiate, interact and broadcast information. One famous example would be peer to peer transmission applications like “BitTorrent” where you use your computer to offer upload and download services. The 2nd evolved stage of blockchain refers to a distributed ledger that records transactions in a cryptographic, distributed way.

At this point, many peer to peer coinsbuilt on a distributed ledger have been createdincluding names like Bitcoin, Litecoin, Monero, ZCash etc. 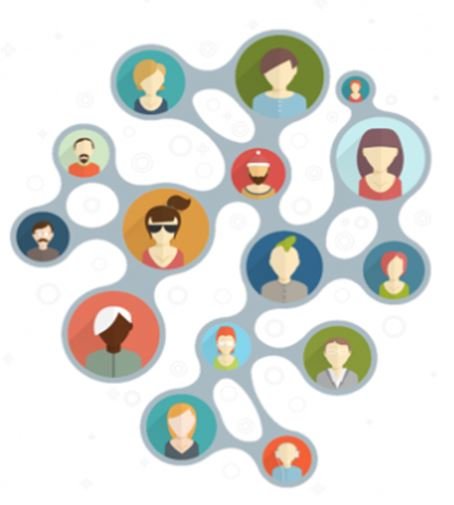 The 3rd stage of blockchain development can be recognized as a public, distributed economic eco-system with incentives.

Incentives, in this case, refer to how people can receive compensations from various avenues as long as they complete pre-defined actions or works, such as solving hash functions, sharing resources or even uploading premium contents.

In addition, while the traditional shareholding system primarily deals with fiat currency (e.g. USD, EUR etc.), the blockchain eco-system pays with tokens, or crypto assets that are programmable. With that, we step into a new world where rewards are now pieces of programmable codes that could be executed autonomously and intelligently.

Right now, we are in this stage, where blockchain technology is being utilized to build a concrete foundation and numerous use cases are being explored each day onthe basis ofeconomic incentive-based business model.

The reason why Blockchain Technology, like the World Wide Web, have taken the world by storm is because of its real use case scenarios. In time to come, it can potentially change the way people interact and cooperate with each other going forward.

Already, there are various solutions being explored. For one, Zilliqa, whose test net 1.0, named “Red Shrimp” went on-line on March 31, 2018 aims to resolve the scalability problem through sharding– a technology divides a blockchain network into manyseparate, independent areas, called “shards”, and each shardis assigned to a small group of nodes to maintain.

If you are interested to find out about more promising ICO projects which are underway to provide these crucial blockchain solutions, I urge you to buy the tickets and visit the Blockchain Festival in Vietnam this coming week. Use the code WRITE50 for a 50% discount!