7 Things to Know about Elsoft Research Bhd before you invest

As I write, Elsoft is valued at RM 685.8 million in market capitalization. In this article, I’ll revisit its fundamentals, bring an update on its latest financial results, and assess its investment potential.

Here are 7 main things that you should know about Elsoft before you invest.

The High Speed Tiles Tester is an improved version of its existing product as the new is capable of achieving up to 5x faster in testing ability. Meanwhile, its ATE has served as a strategy for Elsoft to diversify its market away into solar related industry.

In addition, throughout 2017, Elsoft has been focusing its R&D efforts on creating new series ATE for the Smart Devices Industry. Its efforts started to contribute to Elsoft starting in Q3 and Q4 2017.

Elsoft has achieved rapid growth in both sales and profits over the past 5 years. Revenues have grown from RM 25.2 million in 2013 to RM 64.3 million in 2017. This is due to demand growth mainly from both smart devices and automotive industries, which contributed as much as 82% of Elsoft’s revenues in 2017. 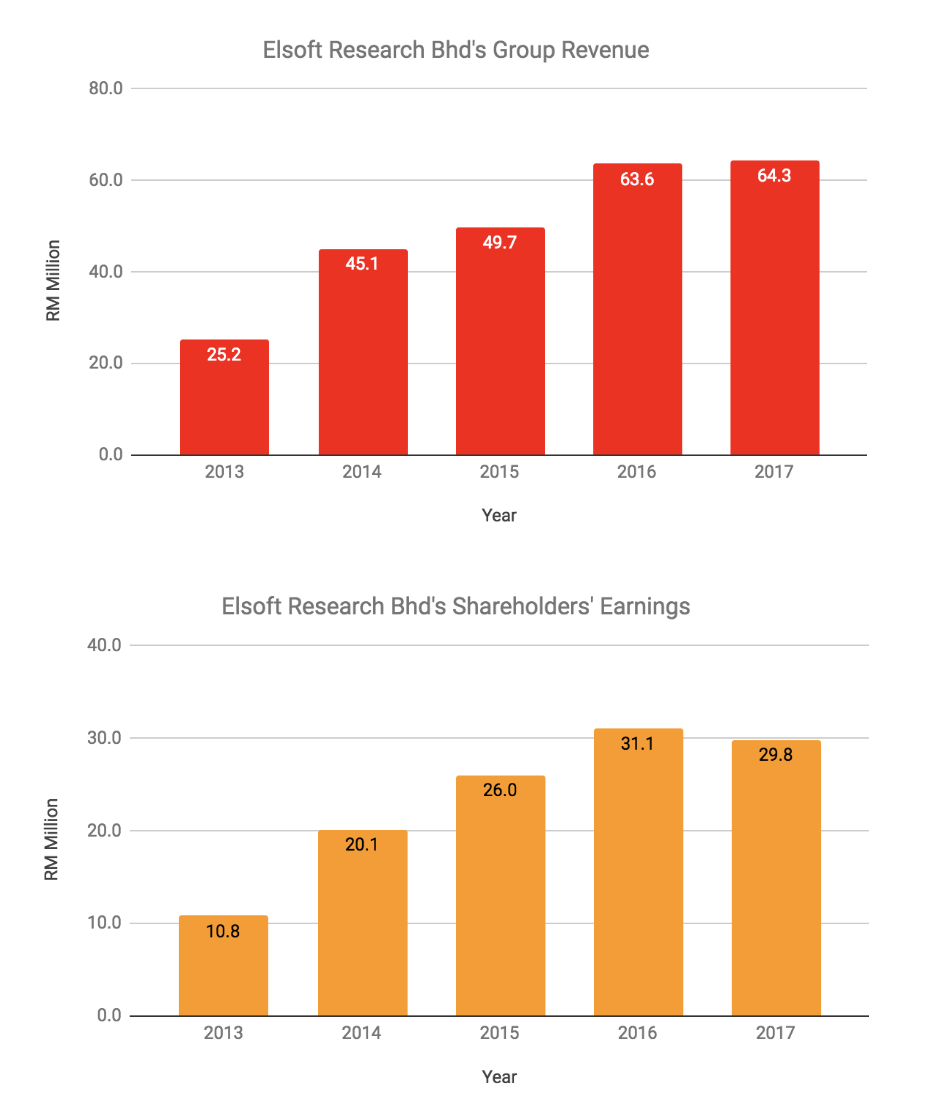 In the shorter view, Elsoft has continued its growth in sales and profits in 2018. This is evident as it delivered its highest quarterly revenues and earnings in Q2 and Q3 of financial year (FY) 2018 as shown in the graph below.

For the last 12 months, Elsoft has generated RM 82.7 million in revenues and RM 42.1 million in shareholders’ earnings or 6.32 sen. 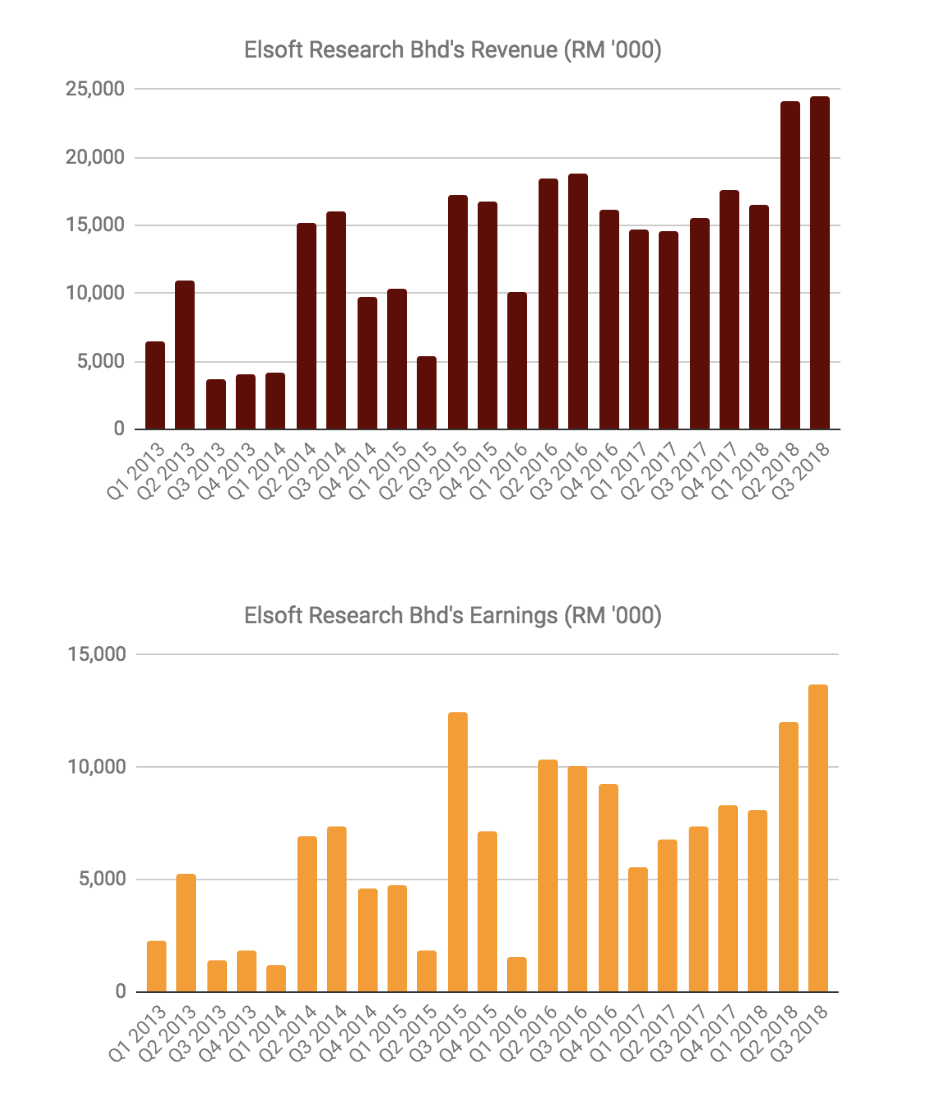 As at 30 September 2018, Elsoft has a pristine balance sheet with zero borrowings. What’s more amazing is that the company has remained debt-free over the last 5 years and simply grew by compounding on its retaing earnings.

Presently, the company has current ratio of 4.65 where it has RM 11.3 million in cash balance and RM 56.1 million in other investment.

Elsoft’s other investments consists of quoted shares, unit trust and bond funds. It is the company’s strategy to place excess cash into Money Market Funds and Bond Funds to achieve greater after tax returns.

Below, we tabulated a list of the firm’s main shareholders and their titles as of 30 March 2018:

Any substantial changes in orders from this key customer would significantly impact its financial results for the future, for the better or for worse. 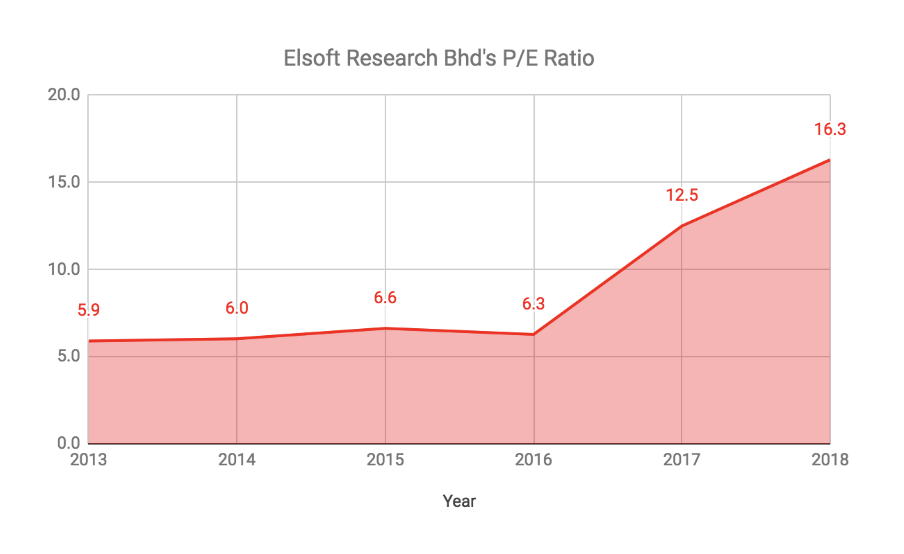 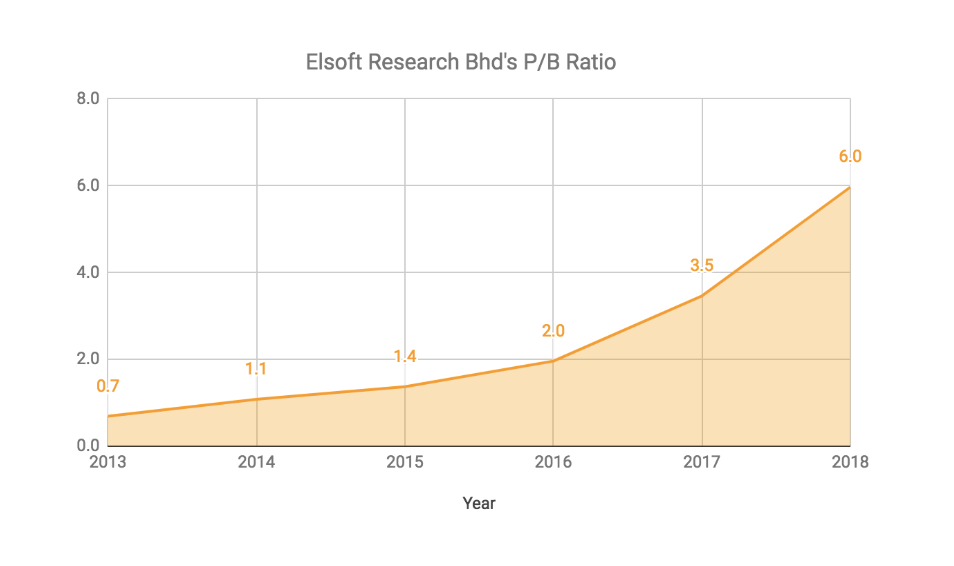 Elsoft has paid out approximately 60% of its earnings to its shareholders in the form of dividends. If Elsoft maintains its dividend payout ratio at 60%, it would pay out approximately 3.79 sen in dividends per share (DPS), based on Elsoft’s 12-Month EPS of 6.32 sen in Point 3.

As such, its dividend yield is 3.68% based on its current stock price of RM 1.03 a share, which is the lowest recorded for the last 5 years. 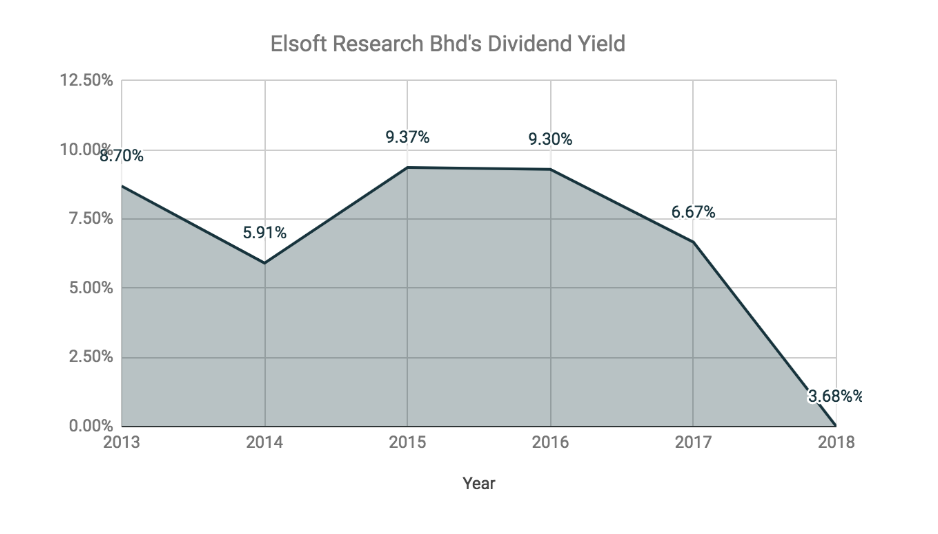 Here, I’ll list down the pros and cons of Elsoft as a candidate for investment

– Dependence on One Key Customer for Sales & Profits.

So, should I buy Elsoft now at RM 1.03? Well, your answer will depend on the following:

– Are you optimistic about the semiconductor industry in the future?

– Do you like Elsoft’s competitive edge and its strategy for growth?

– Are you willing to take on its risk of over-reliance on one major customer?

– What is your plan if Elsoft drops in stock price in the future?