7 Recovery Stocks For Your Watchlist 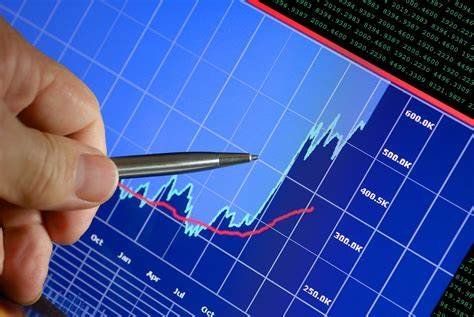 All eyes were on Jackson Hole’s central bank conference and S&P 500 plunged 6.7% after the speech was made by Powell.

It was an extremely hawkish stance that the FED will do all it can to tame the inflation. This has spooked the stock market and caused it to plunge.

That said, Singapore was relatively safe from the tremors spreading across US. Here are 7 recovery stocks that analysts are positive on and you can probably add to your watchlist.

CGS CIMB has maintained its Add rating on the stock with a target price of $4.53.

The company’s strong order books bode well for its future and thus the bottom line.

“STE’s stake in the New Kaohsiung Yellow MRT Line contract amounts to S$1.4bn. This is part of the c.S$8.8bn contract awarded to the consortium with Siemens Mobility and Stadler Rail which are responsible for the provision of signalling systems and rolling stock.

The project will start by late-2022 and be executed over a period of 10 years.

With the new contract win, STE’s order book rises to a new high of S$23.6bn. We see potential for further smart mobility wins, given

2) it could see cross-selling opportunities via TransCore.” 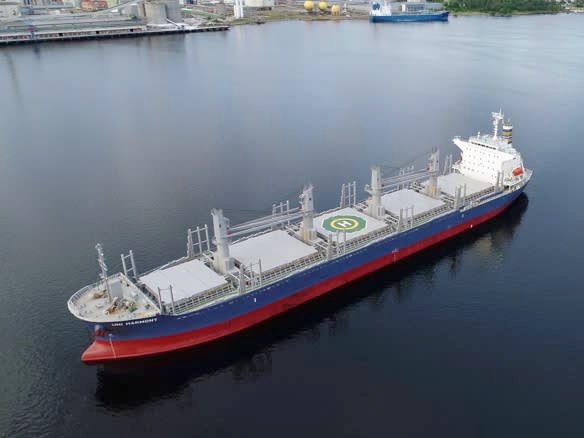 Phillips Capital has maintained its BUY rating on the company with a target price of $1.26.

Positive charter rates and extremely good results are driving the analyst’s sentiments about the company.

“Surge in charter rates. Charter revenue rose 70% YoY to US$34mn, driven by a 78% jump in average daily charter hire rates to US$19.4k. Vessel operating days were 5% YoY lower due to a containership that was disposed of in 1Q21.

Margins expanded as vessel operating expenses rose only 14% YoY to US$10.6mn. Higher cost was from crew salary, crew logistics and other expenses. Fuel cost is borne by the shipping company, not Uni-Asia.

Read more about the company here.

UOB Kay Hian has maintained its Buy rating on the company with a target price of $0.99.

Warm ties between Singapore and Malaysia bodes well for the the company due to proximity of train line to the malls.

If possible, the Malaysians would like to speed up the planning process as Malaysia also wants to establish a HSR between Kuala Lumpur and Bangkok. The HSR could connect Singapore all the way to Bangkok if all three ASEAN countries can reach an agreement.

Prime Minister Lee Hsien Loong stated that Singapore would be receptive to fresh proposals on the HSR project during a joint press conference with Datuk Seri Ismail to launch the Vaccinated Travel Lane – Land in Dec 21.

Since then, the ministries of transport of both Singapore and Malaysia have been in constant dialogue.

Terminal station for HSR located near Jem. The terminal station for the HSR in Singapore would be situated at Jurong Lake District. The 12ha site is currently occupied by Jurong Country Club and is 600m from Jurong East MRT Station, which is served by the NorthSouth and East-West MRT lines.

Connectivity will be enhanced when Jurong Region Line Phase 2 is completed in 2027.” 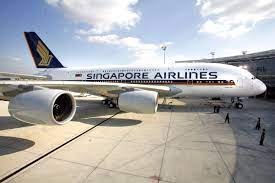 CGS CIMB has maintained its ADD rating on the company with a target price of $6.10.

With strong capacity restoration and muted competition allow the company to catch the demand recovery.

“We expect SIA to do very well in the coming quarters, due to the combination of rising capacity restoration, strong demand, high load factors and robust yields. The SIA group’s ASK capacity rose from 4QFY3/22’s 52% of the pre-pandemic base to 1QFY23’s 66% and we forecast further recovery to 73% in 2QFY23F and to 79% in 3QFY23F.

For FY23F as a whole, we think that the SIA group should be able to restore 74% of its preCovid-19 capacity, rising to at least 95% in FY24F or higher if China reopens its borders sooner.

Competition has also been relatively muted so far, with airlines in Southeast Asia gradually ramping up capacity deployment and certain key competitors such as Cathay Pacific and the mainland Chinese airlines still held back by Hong Kong’s border controls.”

Phillip Capital has upgraded its rating on the stock to BUY with a target price at $11.71.

With resilient existing business and good growth for its newly acquired business, the company is bound to have good bottom line.

Treasury and other revenue income dropped as treasury income was affected by lower yields from low interest rates.

With the acquisition of MaxxTrader in Jan 2022, SGX’s OTC FX (BidFX, MaxxTrader and Electronic Communication Network (ECN)) average daily volume grew 64% YoY to US$70.6bn with a target of US$100bn in the medium term, and contributed S$55mn, or 5%, to FY22 revenue.

Consequently, FICC and DCI grew 23% and 3% YoY respectively to boost revenue growth. Both businesses are expected to remain growth engines for SGX, with opportunities from cross-selling and new client acquisitions on the back of customer access to an enlarged trading network.” 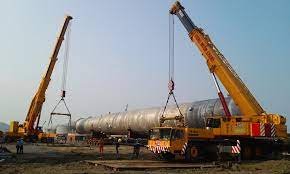 UOB Kay Hian has maintained its BUY rating on the company with a target price of $0.88.

With it being the second largest crane company in Singapore, it is poised to enjoy the recovery of the construction industry.

“With comprehensive ownership of more than 500 cranes, some of which can have a capacity of up to 1,600 tonnes each, Tiong Woon is in a good position to benefit from the strong resumption of activities in Singapore’s construction sector and rising capex in the oil & gas industry.

The construction sector will have strong demand for cranes in the coming years driven by accelerating construction of public housing and new mega infrastructure projects including the Cross Island Line, Changi Airport T5, Tuas Mega Port and the North South Corridor.

CGS CIMB has maintained its Add rating on the company with a target price of $6.54.

Better than expected results was the impetus behind the good valuation.

“1H22 revenue rose 181% yoy to S$540.5m driven by the volume ramp up for its new generation System Level Test Handlers, Burn-In Test Handlers and the consolidation of its CEI acquisition. 1H22 revenue was 3% above our S$525.0m forecast and formed 72% of our/Bloomberg consensus full-year forecast.

About the author Say Cheong

These 6 Palm Oil Stocks Are Trading at Cheap Valuations – Are They a Buy?

[MY] 7 Interesting Stock Ideas for November