On the bright side, it will also be remembered as the month where Singapore relaxes its COVID measures further. It is a time for rejoice as 100 people can attend wedding functions now!

These loosening of measures have also had effects on the Singapore stocks. Stocks’ volatility are bound to increase with USA’s election round the corner. It is necessary for investors to take note of solid companies to tide through this volatility.

Here are 7 interesting stock ideas for the month of October for you to take note. 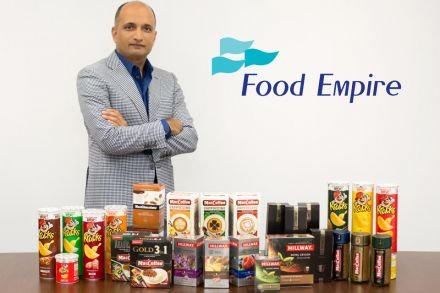 Lim and Tan Securities have maintained its Accumulate rating and upgraded its target price of the company from $0.61 to $0.72.

This is at the back of ” stringent cost reduction measures where necessary and this resulted in a noticeable 10.5% decrease in SG&A expenses YoY for 1H20, allowing them to eke out a YoY increase of 1.1% in NPAT despite the fall in revenue and gross profit.”

Moreover, the analysts are also having the view that “any possible future lockdowns will not be as serious as that of the first global lockdown and that a recovery in 2H20 is imminent.”

Maybank Kim Eng has maintained buy on AEM Holdings and upgraded its target price from $4.26 to $5.05.

The positive increase in share price estimate is because AEM continues to provide relevance to its customers. Taking reference from ” Intel’s Architecture Day include that Intel will continue to decouple design from process technology, as well as focus on advanced packaging technologies to drive leadership products.

We believe this is favourable to AEM as heterogeneously packaged chips come with testing challenges at the wafer level that can be overcome by SLT at the packaged level to ensure product reliability. ”

The next catalyst for growth is from Automotive Chips. “Automotive chips are challenging to test given requirements for zero defect and high thermal reliability. AEM presented at the SEMI SEA 2020 conference on how its asynchronous, modular and massively parallel approach to SLT can tackle these challenges in a cost effective way.

We walked away with a greater appreciation for AEM’s AMPS solution, and believe exciting end-markets beckon for AEM.” 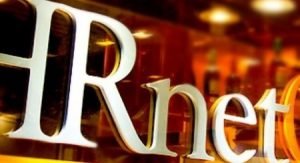 CGS CIMB has upgraded its ratings from Hold to Add and have a price target of $0.523.

This makes it one of the cheapest and highest dividend paying stocks among global recruitment companies. Catalysts are synergistic M&As and more job creation.”

The next apparent push for the company is the “government’s push for more job creation and local employment given its relative focus on domestic candidates.

DBS has maintained buy on Lendlease REIT with a target price of $0.90.

The valuation has been a result of the “repositioning 313@Somerset’s tenant mix in view of its enlarged footprint to c.330k sqft and shopper base following the launch of Grange Road carpark redevelopment in 2Q22.

There could also be some accreditive acquisitions in the pipeline. Analysts ” believe that LREIT’s first acquisition, which could be a stake in quality suburban mall JEM, may be just around the corner.

Likely to be debt funded, the yield accretion will further boost the REIT’s DPU profile. Higher DPU growth rates will be a catalyst for a share price re-rating.” CGS CIMB has maintained a rating of Add and has increased its target price from $2.56 to $2.70.

The continued support on the rating is due to “HoBee for its strong recurring income profile, derived from rentals in Singapore and UK. Upside catalyst: continued deployment of capital; downside risk: asset devaluation from its investment property portfolio.”

And also ” factor in HoBee’s latest capital deployments into c.S$250m worth of new investments over the past six months.”

Another positive factor is also due to projected ” FY20F EPS is also increased by 5.88% as we factor in a faster-than-projected handover of residential units in China.”

RHB Capital has maintained its buy rating on the company with a target price of $0.52.

The rating and positive sentiments from RHB are due to few factors. “Burn-in testing for automotive component still growing strongly. With the sector slowdown – in effect since 2018 – having bottomed out, its outlook should improve.

Avi-Tech’s performance should continue to pick up in FY21F, with decent growth from burn-in services, which fetch a much higher GPM. ”

Also the company is in a net cash position which is extremely valuable in the industry.

“With a net cash balance sheet and strong operating FCF, management should continue to reward shareholders with attractive dividends, despite the drop in profits over the previous year.” CGS CIMB has initiated an Add rating on SBS Transit with a target price of $3.40.

One of the main reason is that it is the “leading bus operator in Singapore”. “As a beneficiary of Singapore’s public policy that favours public transport over private vehicle ownership, SBUS offers long-term structural growth, in our view.

SBUS holds a market leadership position in the public bus industry (61% market share by bus routes in 2019), which generates defensive earnings and stable cash flow under the Bus Contracting Model (BCM). It also operates 3 of the 8 existing rail lines in Singapore as at end-1H20.”

It is also “a recovery play” with the revival of the economy. “We expect public transport ridership to return to c.90% of pre-Covid levels by FY21F.

Since the lifting of circuit breaker in Jun, ridership has steadily improved – SBUS rail ridership rose to c.55% of pre-Covid levels in Aug (Jul: 50%).