February 2021 as definitely been a month to remember. Bitcoin and Ether has reached its all-time high with the ‘nudge’ tweets from once-richest man – Elon Musk.

There were plenty of good news too – as vaccines are progressively pushed out globally. Singapore has also started inoculating non-essential workers and less elderly people.

That being said, the investment prices have all done a correction in the past week, probably due to profit taking.

In this volatile climate, we have extracted 7 stock ideas from analysts’ reports which investors may want to pay attention to.

UOB Kay Hian has maintained its BUY rating  on the stock with a target price of $0.72.

This is at the back of being the “resiliency from long-term contracts. Occupancy for its SRs declined by a smaller 4.4ppt qoq to 82.7% in 4Q20 mitigated by more long-stay corporate customers.

However, ADR decreased 17.1% yoy to S$180 due to lack of transient travellers, who provide shorter stay bookings at higher room rates.

There is also a “steep reduction in finance expense. Finance expenses declined 23.1% yoy in 2H20 due to lower short-term interest rates.

The average cost of debt has improved by 0.5ppt yoy to 2.4%. FEHT has received commitment to refinance term loan of S$125m due in Mar 21.”

Above are all potential positive points for the company. 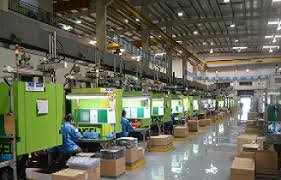 CGS CIMB has reiterated BUY rating of the company with a higher target price of $0.355.

The analyst also expects that ” moderate revenue growth could resume as the Covid-19 pandemic eases. We also assume that Fu Yu will continue to optimise its cost structure and product mix. ”

UOB KAY HIAN has maintained its BUY rating on the company with a target price of $0.97.

The positive sentiments are a result of “313@Somerset: Benefitting from recovery in domestic consumption.

LREIT (also) benefitted as the Euro strengthened 3.2% against the Singapore Dollar in
1HFY21.” 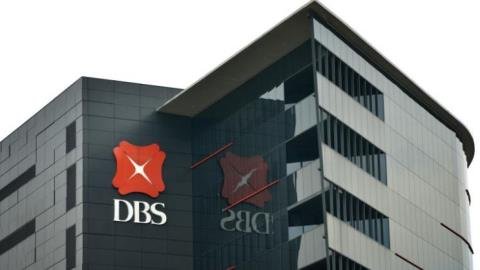 Philip Capital has upgraded its Neutral rating to Accumulate on the stock with a target price of $29.50. CGS CIMB has maintained a rating of BUY and with its target price at $0.605.

The conviction of the analyst was because of the “better-than-expected FY20. Grand Venture’s FY20 revenue was 12% above our expectations.

The positivity of the analyst is also enhanced as the company “continues to be growth oriented. On 12 Jan 2021, Grand Venture entered into a conditional placement agreement with NT SPV 12, a wholly-owned subsidiary of private equity fund – Novo Tellus PE Fund 2.

UOB KAY HIAN has maintained its BUY rating on the company with a target price of $0.37.

The main driver of the sentiment is because ” the company appears to be well placed for the next two years to generate steady revenue as project timetables are firmed up.

In addition, by divesting non-core assets and focusing more on property development and less on investments (given very low rental yield), Oxley should be able to focus on countries that suit it best and where it can perform.”

Moreover, one crucial point is that the company is “confident about debt repayment.

During the analyst call , the company stated that it expects to generate enough cash flow (principally from overseas projects) to pare down its high levels of debt, specifically for the S$469m of bonds that are due in 2021 and S$150m in 2022.”

CGS CIMB has maintained its ADD rating on the company with a target price of $6.15.

One key driver of the sentiment was because of the “widening valuation gap between YKA and Wilmar.

The higher valuation accorded to YKA could be due to stronger liquidity in China as well as better appreciation of the growth prospects of YKA by Chinese investors.

Given the three-year moratorium, Wilmar will not be able to sell down its YKA holdings in the near term.

However, the group could fund potential M&As within and outside China, complementary to its existing YKA businesses, via the issuance of new YKA shares.”

Moreover, the bottom line of the group is expected to maintain or improve as “the group revealed that crush margins have remained positive.