7 Interesting Stock Ideas for May [MY]

One of the biggest news from Malaysia was that from 1st May onwards, visitors do not have to take PCR/ART test prior to arrival.

This was a big signal that shows Malaysia is ready to live with the virus and treat it as endemic. The willingness for an open country is a huge boost for the economy.

We have identified 7 stocks that are likely to be boosted by this measure.

RHB has maintained its Buy rating on the stock with a target price of MYR 2.03.

The fantastic results and the reopening of borders are likely to drive more growth for the company.

“TASCO beat expectations, recording yet another set of record-high numbers in 4QFY22 (Mar) on stronger performances from its international business (IBS).

We remain optimistic on its growth prospects, driven by positive throughput in the face of a broader economic reopening and contributions from new business wins.

The stock’s below-peer valuation presents an attractive proposition for investors to capitalise on this leading logistics player with strong earnings delivery and robust growth momentum.” Kenaga Research has maintained its Outperform rating on the company with a target price of MYR 1.65.

Key assets across the region have gotten good commitment lease, which will definitely bolster the company’s bottom line.

We understand that upon operational commencement, there will be minimal gestation period with earnings contributions able to peak and normalise within a short period of time.

Based on our estimates, Central Boulevard could deliver c.RM200m bottom-line contributions (extrapolated based on IOIPG’s 49.9% JV stake in South Beach’s steady contribution of c.RM40- 50m/annum).

As for IOI City Mall Phase 2, we worked out that earnings could be c.RM30m/annum assuming full occupancy.”

RHB has maintained its Buy rating on the company with a target price of $1.92.

The reopening of the country and its good results are the catalysts for good ratings.

“We remain optimistic on IGB REIT’s prospect as a recovery proxy, given its largely domestic shopper profile, quality assets, and big turnover rent portion at >10%, which will allow it to capitalise on the pick-up in sales – such as during the Aidil Fitri celebrations in 2Q22.

Management guided that despite the surge in COVID-19 cases due to the Omicron variant in February, footfalls remained stable with only a seasonal drop after the Lunar New Year celebrations.

Therefore, the downside risk from the pandemic seems to be mitigated, thanks to the successful vaccination program.

The announced transition to an endemic phase by the Government, and steady relaxation of SOPs is a further boost to the sector, with Retail Group Malaysia expecting retail sales to grow by 6.3% in FY22” Hong Leong Bank Research has maintained its Buy rating on the company with a target price of MYR 7.95.

The positive upsides due to several factors such as elections are likely to produce good results for the company.

Looking ahead, we see upside potential to ADV in 2H22, fuelled by heightened trading around the impending general election (GE), which we are betting to happen between Aug-Oct (i.e. after the MoU expires but before the East Coast monsoon).

For further insights on our study regarding ADV and elections, please refer to our report dated 16 Mar. Bursa’s market cap (and hence share price) has a strong correlation to its ADV at 79.4% based on monthly data post GFC.

We view Bursa as an apolitical election play – it benefits via ADV boost but without the “political linkages” – making it a rather compelling investment proposition.

Looking ahead post GE15, we reckon that the market would react positively (alongside rejuvenated ADV) should the election outcome see the victor secure a convincing mandate – a plausible scenario considering the recent state polls in Johor, Melaka and Sarawak.”

Public Investment Bank has maintained its Outperform rating on the stock and with its target price at MYR 6.00.

Macro recovery is definitely going to be a boon to the bank.

Growing traction was also seen in its areas of strategic focus, the consumer and enterprise banking segments.
Indonesia’s near- to medium-term outlook appears encouraging, with the country being a major beneficiary of the current commodity price boom, while private consumption is also improving on account of macroeconomic recovery.” 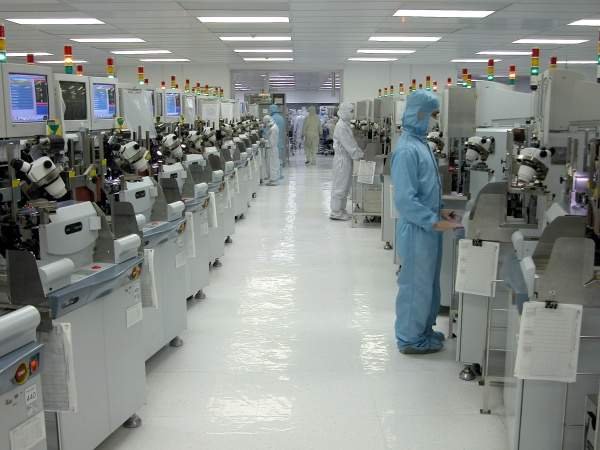 RHB has maintained its Buy rating on the company with a target price of $3.75.

Favourable outlook from the management and the macro recovery bodes well for the company.

“Management expects stronger in the quarter ahead, with good visibility – as the overall supply of
chips remains tight in the industry.

Management also alluded to an ASP increase for products from the Ipoh plant, to cushion the hike in its utility costs and the minimum wage.

We understand that the Chengdu plant was running at full capacity with minimal disruptions despite the lockdowns, as most supplies are from multiple sources.

The majority of the clients are not significantly affected at the current juncture.

Meanwhile, the utilisation rate in the Ipoh plants continued to be dragged by headcount and wafer shortages, but this is expected to improve with the reopening of borders and the return of foreign workers”

Public Investment Bank has maintained its Outperform rating on the company with a target price of MYR 0.80.

Favourable exchange rate and demand for the company are the impetus for the good ratings.

“Although the global furniture demand growth might taper off in the near-term due to inflation, we think that the negative impact could be mitigated by the favourable foreign exchange rate.

Nevertheless, we gather that demand is still robust for Homeritz, with a production lead time of 75-90 days.

Meanwhile, we think that Homeritz positioning as an ODM, will enable the group to pass on the soaring raw material prices by adjusting its selling price by introducing new designs.

The group is also applying to increase its foreign workers headcount, which should provide an additional boost to its production capacity, thereby leading to an improvement in profit margins given the better economies of scale”