By now, you probably have heard about India’s central bank proposing a scheme to merge the ailing Lakshmi Vilas Bank (LVB) with DBS Bank.

Many investors have been crying foul about the bad deal etc. On the analysts side, there have been a mixed reaction as shown from the Biz Times article here.

But on an objective note, here’s 4 key things investors need to know about the proposed DBS – Lakshmi Vilas Bank (LVB) merger (there are plenty of snippets from various sources below and you can refer to the url links posted at the end).

This is believed to be the first time that the India central bank has turned to a foreign lender to rescue a failing local bank, in a move that took the industry by surprise. 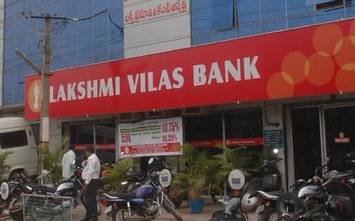 Lakshmi Vilas Bank has been struggling with financial decline and red ink for the past three years. It incurred a loss of around $150 million in the 12 months to March 31. Its net worth has also shrunk while unpaid loans have increased.

However, after many months of futile discussion talks and sensing that things are deteriorating, The central bank stepped in to bail them out.

According to DBS, it will inject INR 2,500 crore ($463 million) into DBS Bank India if the scheme goes through. This will be fully funded from DBS’ existing resources.

LVB has over 210 billion rupees in deposits as at September 2020 too.

Some background: DBS has been in India since 1994, but it was only in March 2019 that it converted its India operations from a branch to a wholly-owned subsidiary.

During the same period, DBS had said that the bank intends to establish over 100 customer touchpoints, through a combination of branches and e-kiosks, across 25 cities by 2020.

India contributed less than 10 per cent of the group’s income in 2019, but is considered one of DBS’s six priority markets in Asia. DBS has only around 30 branches in India, but could gain LVB’s over 560 branches and 970 ATMs across the country, especially in Tamil Nadu (the southern eastern part of India – its capital and largest city is Chennai).

Now, lets move on to what you as an investor wants to know…

In response to scepticism from some quarters that DBS was pushed into the deal, the lender told The Business Times that this was not the case.

According to DBS’ statement: the proposed amalgamation would provide “stability and better prospects” to LVB’s customers and employees following a time of uncertainty.

“At the same time, the proposed amalgamation will allow DBIL to scale its customer base and network, particularly in South India, which has longstanding and close business ties with Singapore,” the bank adds.

Despite the size of LVB’s non-performing assets, a merger would give DBS a valuable customer base and a sizeable branch network in India. 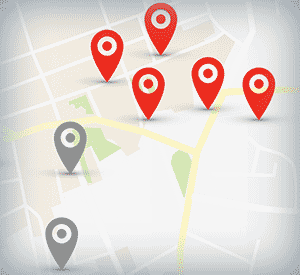 According to Jefferies, the amalgamated entity will have the most bank branches in the country and rank fifth by loans among foreign banks, with a CET-1 ratio of 9.6 per cent.

According to a report by Citi analyst Robert Kong, the impact to the group is “likely not material”.

This comes as LVB has loans of about 165.9 billion rupees and deposits of 214.4 billion rupees, which is small relative to DBS Group’s balance sheet and of similar size to DBS India’s operations, he wrote.

The capital injection of S$463 million is also small relative to the group’s common equity tier-one (CET-1) capital base of about S$44 billion, which represents about 15 basis points, added Mr Kong.

In addition, as part of the amalgamation scheme of Lakshmi Vilas Bank (LVB) with DBS Bank India, the entire amount of the paid-up share capital will be written off.

This means that Lakshmi Vilas Bank faces an equity wipeout and shareholders will get nothing after the merger with DBS.

To conclude this section, the advantages for DBS in this deal are:

On the flip side, we also saw many cons for this deal…

More often than not, Singapore’s companies have often been ‘bullied’ by the authorities when it comes to overseas investments. Singtel is one prime example where it is slapped with a hefty fine.

On Oct 24, 2019, the court had ordered India’s mobile operators, including Bharti Airtel, to pay the state a total of 920 billion rupees (S$17.39 billion) in penalties plus interest within three months. (news source)

Its no wonder investors are skeptical of this deal this time round – esp. when they are asking a well-funded DBS to take over an ailing competitor…

Furthermore, this is not the first bankruptcy of an Indian bank in recent times. PMC Bank and YesBank are both banks which went bankrupt in just the past year.

Three bank going belly up within 1 year probably shows the tough competitive landscape is exacerbated by the Covid-19 impact.

With bad loans and regular withdrawals from customers, it led to a death spiral for these banks.

Looking at the customer’s viewpoint, I would be spooked if i can only borrow 25,000 Rupees a month or just S$452 a month!

I will probably still withdraw all my money even if there’s a white knight like DBS coming in with lots of liquidity. Once bitten, twice shy – i believe.

A quick look from our CSI friends in Hardwarezone also shows a poor state of the LVB-run branches. Hence, investors may be wondering if DBS may be getting the short end of the stick in this deal. Lets not forget that DBS will fork out more than this current S$400 million if it has to maintain all the sudden influx of withdrawals + mounting bad loans etc.

On top of that, digital payments in India is becoming the norm with popularity of food delivery, online shopping, cabs and grocery delivery startups. It remains to be seen if DBS can really integrate LVB’s backend into their sleek mobile app going forward.

In short, the disadvantages for DBS in this deal are:

Going through all the details, I personally think that this is a short-term pain, long-term gain kind of move.

In the short-term, there will be increased bad loans and sudden influx of withdrawals. Covid-19 will make it worse too.

However, in the long run, DBS will benefit if it can prove to the customers that they are here to stay and has the $$ backing. The strong risk management process of DBS will ensure that it don’t fall into the trap that other Indian banks are making too.

As of now, the deal is now awaiting confirmation from the Indian central bank. To be in the know of further details. Subscribe to our email here to be notified through email!