These 3 Stocks Have A Ridiculous Huge Cash Pile!

In times of great uncertainties and volatilities, investors tend to have a stronger preference for companies with large cash holdings in their balance sheets.

Because cash is the most liquid form of assets available, it can immediately be utilised for business activities ranging from settling monthly expenses to business expansion.

In essence, cash does not only provide a company with the necessary resources to pay off its debts when required but at the same time allows it the flexibility to embark on short-term investment opportunities or acquisitions. 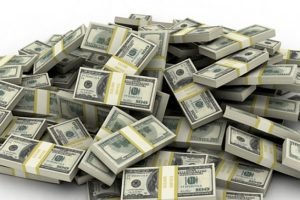 On that note, strong cash flow or large cash holdings are often cited as a critical factor for the long-term success of businesses.

As the often-quoted saying “Cash is King” so aptly points out, businesses without sufficient cash on hand or depend heavily on credit have higher chances of facing cash flow issues or may even be forced into bankruptcy. As such, we take a look at three companies with huge cash piles.

Nobel Design Holdings (Nobel Design) is a renowned furniture retailer mainly involved in the distribution and retailing of design furniture and fine imported European home furnishings, provision of interior design services for homes and commercial projects, as well as engaging in supply chain management bringing contemporary and classical furniture to major retailers in the United States of America (USA).

From the group’s latest FY16 results, the former contributed 36.9 percent while the latter contributed 63.1 percent towards its FY16 total sales respectively. 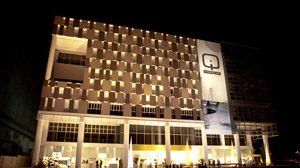 From Nobel Design’s FY16 results, we also understand that the group’s revenue climbed 9.4 percent to $92.6 million, mainly attributable to improved sales of 18.4 percent in its supply chain division selling to the US market.

However, this is offset by lower recorded sales within its interior and furniture segment in line with the slow-down in Singapore’s residential property market segment.

Overall net profit dropped by 5.1 percent to $17.2 million primarily because of the start-up losses from newly opened Ibis Styles Hotel at Macpherson, the loss of rental from an anchor tenant at Tai Seng, as well as impairment provision for the UK development site.

Although Nobel Design’s profitability seems less than impressive, we are particularly excited about the group’s strong balance sheet.

As at 31 December 2016, Nobel Design was holding a total of $134.8 million of cash and bank balances, with $9 million of borrowings and $87,000 of obligations under finance leases.

In other words, you can literally get almost $1.30 of cash for every dollar of Nobel Design’s shares which you purchase. 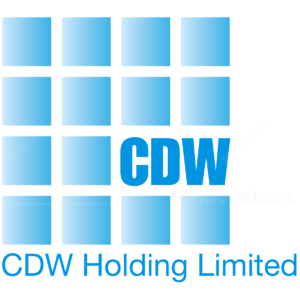 According to the data released by Singapore Economic Development Board on 24 March 2017, Singapore’s manufacturing output in February 2017 rose 12.6% year-on-year, underpinned by strong growth in the electronics and precision engineering clusters.

Output of the electronics cluster jumped 39.8% mainly due to robust growth of 63.6% in the semiconductors segment. Meanwhile, output of the precision engineering cluster also expanded 26.2% attributable to higher export demand for semiconductor-related equipment.

With its share price barely moved staying at $0.25 since the start of this year, CDW Holding (CDW) seems to lag far behind in comparison with the performances of its peers.

With production centres and offices located within key industrial and commercial areas including Shanghai, Jiangsu, Dongguan, New Territories, Osaka and Kagawa, the group’s products are mainly sold to large Japanese corporations in the PRC and Hong Kong.

From its latest financial results, CDW’s FY16 revenue slid 12.6 percent to US$103.2 million, mainly due to the group’s main customer continuing to place few orders as a result of it losing market share in the smartphone segment.

Coupled with the absence of an exchange gain from the disposal of a subsidiary in FY15, overall net profit plunged 94.9 percent to US$0.4 million.

Nevertheless, CDW continues to uphold a strict low gearing policy which leads to low finance costs kept under US$0.1 million.

As at 31 December 2016, the group has cash and bank balances of US$45 million, with total bank borrowings of US$6 million and obligation under finance leases of US$81,000.

This translates to CDW’s net cash position of US$38.9 million, or an equivalent of $0.23 per share.

In comparison to CDW’s last traded price of $0.25 as of 10 April, net cash as a percentage of share price stood at an elevated level of 92 percent.

Established in 1975, Hai Leck Holdings (Hai Leck) is one of the leading companies that provide engineering, procurement and construction services to the oil and gas and petrochemical industries. 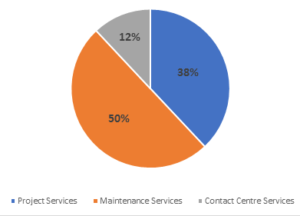 In 1H17, Hai Leck’s revenue inched up marginally by 1.9 percent to $46.9 million, mainly due to higher revenue contribution from its maintenance segment. Together with lower cost of sales and operating expenses, overall net profit jumped 39.4 percent to $4.8 million.

Apart from the large cash holdings, we are also attracted to its relatively high dividend payout, which distributed $0.05 per share in both FY16 and FY17. Should Hai Leck continue to maintain its current payout, the dividend yield for its share would be pretty tempting at 8.6 percent.

While we all cannot agree more that excessive debts is a bad thing for companies, but does it follow that huge cash piles are necessarily reflective of a good corporate performance?

Despite offering protection against the unexpected and thus putting cash-rich companies at an advantageous position, critics often have differing views citing reasons such as whether management is fully utilising its available resources, and if the extra cash could be put to better use. 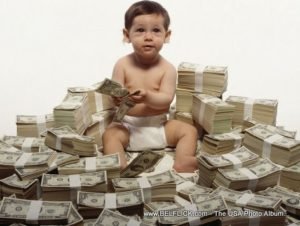 Sitting on cash incurs an opportunity cost, and often signals the lack of investment opportunities for business expansion. If that is the case, returning the cash back to shareholders could be a better option instead of earning negligible interest from the banks in today’s low-interest rate environment.

That said, whether a large cash hoard is a boon or a bane for a company remains a well-discussed topic among analysts and investors alike, and as to how investors interpret cash reserves should ultimately be dependable on the business cash flows, nature of the business and its cycles, as well as future capital expenditures plans.

This article first appeared on  SharesInv.com.