For nearly 3 months, Hong Kong has been embroiled in continuous protests. Public transport were disrupted and flights in Hong Kong Airport were cancelled. All these started because of an extradition bill to China for trials.

Equities market in Hong Kong was hammered down and Hang Seng Index, a benchmark for Hong Kong stocks has lost almost 5% across these 3 months. Singapore’s equities have not been spared.

Companies listed on SGX which has operations in Hong Kong have also taken a beating during this period.

Here are 3 stocks that have been affected during these months: 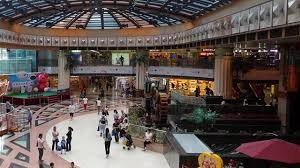 Fortune REIT is a dual listed REIT in both Hong Kong and Singapore. It is primarily a retail REIT which consists of 17 suburban malls in Hong Kong.

Due to the protests in Hong Kong, retailers have faced with poor sales. It was mainly due to temporary closure of malls, drop in sales to tourists, etc.

According to Hong Kong Retail Management Association: “Most of its members suffered a 50 per cent sales drop in the first three weeks of August. Sales dropped 6.7 per cent in June year-on-year. It warned many retailers will have to let go of staff or go under if the unrest worsens and called on landlords to charge half rents for six months.”

With the negative sentiments above, Fortune REIT listed on SGX dropped from about HKD 10.30 to HKD 8.60 (before the extradition bill was withdrawn officially). It registered a drop of 17% across these 3 months.

Hongkong Land is a property investment, management and development group listed on SGX. The Group owns and manages more than 850,000 square meter of prime office and luxury retail properties. It has operations in key Asian cities such as Hong Kong, Singapore, Beijing and Jakarta.

According to its 2018 annual report, the Group derived about 39% of its revenue and 58% of its underlying profit from Hongkong and Macau. Moreover, Hongkong’s portfolio represents about 450,000 square meter of prime property, which culminates to about 53% of the Group’s total portfolio.

With a major portion of the group’s operations and profit coming from Hongkong, the protest has caused the stock price to drop from USD 6.69 to USD 5.44 (before the extradition bill was withdrawn officially). This represented a 19% drop across the three months.

Jardine Matheson is a conglomerate with operations spanning across real estate, motor vehicles, retail and restaurants, financial services and hotels.

The group holds a 50% stake in Hong Kong land and 78% stake in Dairy Farm, to which both have substantial operations in Hong Kong.

With a substantial proportion of the group’s operations and profit coming from Hong Kong, the protest has caused the stock price to drop from USD 60.85 to USD 52.52 (before the extradition bill was withdrawn officially). This represented a 15% drop across the three months.