Walmart Stock Analysis: Can it compete with Amazon?

Buried in the torrent of 2020’s news was a headline striking fear into Amazon.

Walmart, the #1 retailer in the U.S., launched its Walmart+ service, aimed at directly competing with Amazon.

The gold-standard in supply chain dominance, Walmart expanded globally through partnerships and acquisitions, all in a bid to retain and grow its business.

They’ve even gone so far as to recently partner with social app TikTok to engage live-streamed audiences in an enhanced shopping experience.

Yet, as competition rapidly increases, political obstacles mount, and valuation stretches, it begs the question…

Does Walmart’s stock deserve its current valuation and can it potentially go up against the dominant Amazon?

A brief history on Walmart

The largest retailer in the world, Walmart founder Sam Walton took Walmart from one store in 1962 to a cultural behemoth known around the world.

With three divisions, Walmart U.S. operations account for 65% of sales, Walmart international 23% of sales, and Sams Club 12% of sales. With the highest operating margin at 5.1%, the company’s current efforts focus on expanding this segment.

Walmart’s success over the years grew from a relentless pursuit to minimize operating costs in an effort to keep prices low. The company became a world leader in supply chain innovation and technology.

Survival these days comes down to one thing – eCommerce.

Alongside traditional discount retailers such as Target, Costco, and the like, Walmart shifted away from the large footprint stores towards online shopping.

Exacerbated by the pandemic, the entire industry saw enormous pressure as demand skyrocketed from customers locked in their homes.

So far, they’ve done quite well. In their latest quarterly filing, online sales nearly doubled from $5.7 billion the prior year to $10.3 billion.

As the company looks for ways to expand in the U.S. and globally, they landed on an acquisition strategy.

This led to the purchase of companies such as Jet.com, Vudu Streaming services, Hayneedle.com, and Flipkart India.

Each of these added a new dimension aimed at expanding into a different category. For example, Hayneedle’s home furnishings took Walmart from an afterthought to a serious threat to online retailers like Wayfair.

William White, Chief Marketing Officer, Walmart U.S. took something you would expect from Back to the Future and brought it to life this holiday season.

With the popularity of TikTok, Walmart created a live streaming event where users could shop for Walmart fashion items featured in content from some of the app’s most popular creators directly on the app. 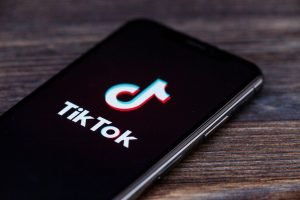 By engaging the consumers during the event, Walmart created a positive, entertaining experience. As William White put it:

“…shortened the distance from inspiration to purchase by making it shoppable.”

Their most impressive offering, however, was the launch of Walmart+. Rolled out during the pandemic, Walmart sought to fill a whole Amazon left open with grocery delivery.

Priced at $98 per year, the retail giant not only priced themselves lower, they offer unlimited deliveries for their services.

With many low-wage workers relying on Walmart for groceries, this service delivers enormous value to working families. Saving just one hour at the grocery store per week can add up over the course of a year.

At a storefront level, the company Scan and Go expanded on the contactless shopping trend. While many retailers implemented self-checkout, Walmart made it even easier.

Using a mobile app, consumers can scan their purchases as they go along. When they’re finished, they simply scan their QR code at the register to pay.

Walmart saw rapid adoption of the Scan and Go service, with growth of over 600 basis points in the last quarter.

What’s more exciting are rumblings the company about the company’s forays into drone delivery and partnerships with General Motors for self-driving car product delivery.

While many of these are in their infancy, it shows that Walmart is not resting on its laurels.

With that said, Walmart’s revenue continues to expand at a steady pace. Walmart continues to grow its top line at around 2.0% – 2.5% per year albeit from a large base.

But if they’re able to snag even a sliver of Amazon’s business, and do it profitably, then their current Price to Earnings Growth Ratio (PEG) of 3.10x understates their potential.

And there’s no denying that COVID and trade issues has posed serious headwinds for the company. Yet, their higher margins in 2020 demonstrates their investments don’t distract them from their core focus on low-cost operations.

Walmart consistently delivers solid dividend and revenue growth. Yet, their margins rarely falter for more than a few quarters.

Their head-on approach to managing the rapidly changing shopping and consumer trends ensures their survival. And even if just one of their investments pans out, it could deliver a profit avenue similar to what Disney sees with its streaming services.