What a year 2021 has been! It has been a year where we have experienced two different strains of COVID, multiple times of all-time highs on stocks and riots in USA.

2022 is definitely going to be a volatile year for stocks with cases on the rise with the Omnicron strain, and countries tightening their monetary policies.

Stocks in Singapore will definitely be volatile as well since Singapore is a open economy that is an extension of all the major stock markets in the world.

Here are 7 stocks that you should take note of in the month of January.

DBS has upgraded the company to Buy rating on the stock with a target price of $1.83.

Current strong CPO trend and a major 20% correction on the stock prompted the analyst to upgrade the company to a buy.

“Share price has corrected by c. 20% in November, presenting a good buying opportunity. First Resources’ (FR) share price correction in November is a good opportunity to revisit the counter. Amid a current high CPO price trend, we believe FR has room to deliver strong earnings in 4Q21 and 2022.

We maintain our FY22 earnings forecast despite the higher CPO selling price assumption, to buffer against any
unexpected cost escalation especially on fertilizers. We forecast earnings to expand 8.6% y-o-y to US$146m in 2022” 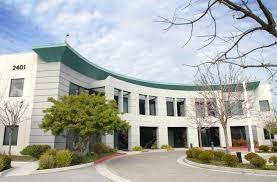 UOB Kay Hian has maintained its Buy rating on the company with a target price of $1.18.

Enduring customers and the potential acquisitions in the pipeline are the reasons for the favourable rating.

“Enduring customer relationships due to emphasis on reliability. DCREIT had 12 customers, which are Fortune 500 and multinational companies, as of Jun 21.

Its top six tenants are sponsor Digital Realty’s longstanding customers of more than 15 years. It benefits from sticky customer relationships with a high tenant retention rate of 95.8%.  Tenants are entrenched due to capex incurred and high switching costs.

Able to scale up rapidly due to sizeable sponsor pipeline. Digital Realty is the largest global provider of cloud- and carrier-neutral data centres, colocation and interconnection solutions.

It has a network of 291 data centres with net rentable square feet (NRSF) of 35.8m sf across 47 metropolitans in 24 countries on six continents. DCREIT is the exclusive S-REIT vehicle of Digital Realty.

The sponsor has granted DCREIT a global right of first refusal (ROFR) on its growing data centre pipeline worth over US$15b (existing: US$10b; under construction: US$5b). Its ability to scale up through acquisitions is supported by its low aggregate leverage of 27% and its more competitive cost of debt of 1.0%. ”

CGS CIMB has maintained its Add rating on the company with a target price of $2.57.

The recent acquisition of new properties and the economic recovery are likely to boost the results of the company.

“We believe CICT is well-placed to benefit from a macro recovery given its diversified and stable earnings profile. Re-rating catalysts are more clarity on asset enhancement/redevelopment plans and accretive acquisitions.

The acquisitions further diversify CICT’s portfolio geography and income, with overseas assets in Germany and Australia, making up 7% of the expanded portfolio AUM of S$22.4bn. The purchase is expected to generate a combined net yield of 5.2%, inclusive of an A$7m rental guarantee.

The purchase will enable CICT to leverage Sydney’s rejuvenation initiatives, in tandem with the city’s aim to become a leading innovation and technology hub in the region.” Phillips Capital has maintained its Buy rating on the stock with a target price of $0.62.

Strong results coupled with expected good international sales are the impetus to the good rating.

DMPI international sales increased 18% YoY on robust sales of packaged fruit and beverages in US and Europe and S&W packaged pineapple and mixed fruit in North Asia.”

UOB Kayhian has maintained its Buy rating on the stock and with its target price at $0.77.

Reopening of Singapore and new integrated facility are expected to help boost the sales of the company.

“The Government has announced that in the coming months, as Singapore moves towards a significant percentage
of the population being fully vaccinated, safe management measures will be gradually relaxed.

The Group expects its business operations to improve significantly once the restrictions are eased.

New integrated facility on track to commence operations in 4Q21. Koufu has obtained Temporary Occupation Permit (TOP) in Apr 21 and subsequently relocated its Head Office to the new Integrated Facility.

The dim sum, dough and bakery production plants will be operating from the new facility in 4Q21, which is of a larger production capacity to cater to revenue diversification and network expansion.” UOB Kayhian has maintained its BUY rating on the company with a target price of $1.91.

Potential government spending to boost the economy together with economy recovery are the drivers for the company.

Inclusion of SPACs in SGX offerings are likely to boost its standing in Asia startup market.

“SGX’s rules closely aligned to the US’s; HK’s more conservative. SGX’s SPAC listing requirements of limiting the sponsor’s promote threshold to 20%, allowing public investors the right of redemption regardless of their voting stance on the business combination, and allowing warrants to be detachable from each ordinary SPAC share are consistent with the market practices.

Tikehau Capital, Vertex Holdings and Novo Tellus are reported by Bloomberg to be amongst the first to apply for a SPAC listing on the SGX, with the aim to raise S$200m via their respective IPOs slated to happen by end-2021.”