Is Bitcoin Becoming Legitimized in Asia?

The blockchain revolution has been fairly quiet since Facebook announced it would add its own form of the cryptocurrency, Libra, back in June 2019. While this may indicate that the market has begun to stagnate – which would reinforce the idea that some have of cryptocurrency being very volatile – it could just be the fact that the cryptocurrency market is working away quietly.

But, media attention aside, the cryptocurrency market is actually proving to be a reliable barometer of global events. From Samsung’s secret addition of Bitcoin to its blockchain platform, to the growing importance of Bitcoin across social media messaging and as a financial plan for political unrest. Is Bitcoin’s importance in the world hugely underestimated? 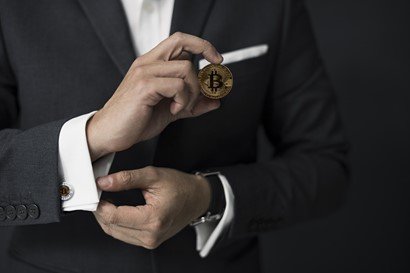 Korean tech company, Samsung, have added Bitcoin support to their Blockchain Keystore, SDK – and they have done so under the radar. This is a move towards allowing users of the platform to use Bitcoin (and possibly other cryptocurrencies down the line; Ethereum is also offered) on supported devices.

The company didn’t announce the move and kept things largely under wraps until a Reddit user stumbled upon the change to the page. This indicates that Samsung is either making a concerted effort to increase their commitment to cryptocurrency and blockchain, or that they are reluctantly adding the flagship cryptocurrency quietly.

More likely, the fact that the SDK is not fully operational is why the small moves forward aren’t being given the fanfare a tech company would usually give such things. Indeed, the Samsung Blockchain SDK will be announced properly by the close of 2019. Ultimately, adding support for Bitcoin from a company as widely known as Samsung (and owning around half the market share of smartphones) means that Bitcoin is closer to becoming fully legitimized. Support from Samsung means Bitcoin could be integrated further into the smartphone industry and the Android OS system.

June 2019 also saw Korea’s largest social messaging network, Kakao, launch their Klaytn blockchain, which has reportedly received support from some major brands. Kakao’s blockchain platform, Ground X, announced that the move was to incorporate blockchain into people’s lives and to make the system more readily available and accessible. The move would also improve the value of blockchain and cryptocurrency and ultimately legitimize it for a great many in the general public who still need convincing.

Ground X also announced that nine separate blockchain projects were being worked on, which would range from a food data marketplace to a video platform. Indeed, the fact that the social messaging app is integrating the platform into its processes shows just how our views towards money have changed. Not only are more people using platforms to buy, sell, and trade Bitcoin and other cryptocurrencies, but many more will be interested in doing so when initiatives such as Klaytn are being rolled out.

There is a wide range of platforms that allow traders to begin their journey with Bitcoin and analyze the market in order to establish the best trades to make. The move is helping to take the taboo out of investing and blockchain and showing use and value for cryptocurrency in relation to the lives of the general public. Crucially, perhaps global events have helped show just how important Bitcoin is and is going to become as a stock option and a valid investment. The political unrest in Hong Kong has resulted in a premium price hike for its citizens who buy Bitcoin.

The political uncertainty has caused an increase in demand for the alternative currency, which means many may be panic buying in order to ensure they have some form of finance if the situation intensifies.

Traders were paying around $300 more per coin, which equates to a premium of 2%. Argentina faced a similar situation the week before, when prices inflated due to the growing poverty experienced by the country, leading to the devaluation of the peso – conflated by the electoral defeat of the incumbent president, Mauricio Macri.

The loss forced Macri to announce a series of tax breaks and an increase in the minimum wage. The fact that political unrest is leading to fluctuations in Bitcoin shows not only how important it could actually be to the development of financial structures in the future, but how seriously it is being considered. For those naysayers and those who decry Bitcoin, there is no doubt that by incorporating Bitcoin’s value into large-scale political events, the cryptocurrency grows closer to being fully adopted and fully legitimized.

As situations in these countries continue to intensify, the US and UK also face tumultuous times ahead, cryptocurrency could see itself playing a larger part in how the future of finance unfolds.
Bitcoin’s shortcomings a decade ago may just be the making of it as a viable and widely used alternative to our current financial systems.

From the legitimization of the cryptocurrency through the introduction of its use on Samsung’s blockchain platform, to the value Bitcoin may hold to those whose currency may be in flux and who need a reliable alternative to trade with.

Korea’s major social messaging network adding a blockchain, Klaytn, to its platform also shows just how tech companies are preparing for the greater introduction and development of cryptocurrency in the future.

As it stands now, it seems that Bitcoin is a very valid stock option alternative to begin investing in.

Want to know the meaning of FUD, FOMO and HODL?