How Wuhan Virus affects the Stock Markets both ways

The Corona virus or in layman terms, Wuhan Virus, have swept across China and started to spread across the world. It is transmissible from human to human via droplets when breathing or coughing. The easily transmissible characteristic is the critical reason of the fast transmission rate.

For more updates, you can refer to a website named https://thewuhanvirus.com/.

It tells of the Number Of Infections, Number of Deaths and Death Rate sourced from the World Health Organization (WHO). And i particularly like how the Wuhan Virus is compared to SARS; and also glad that the fatality rate is not as high as the latter. Many people have also recovered from the illness too.

From the time of writing, China has reacted aggressively and have shut down cities in Hubei. It has also extended the Lunar New Year holidays to prevent human interactions. Some cities have also delayed their infrastructure projects.

Due to the virus, many businesses have been affected. Below are 2 major areas and companies that will be affected, both positively and negatively.

China is the largest commodities consumer in the world. Iron Ore, Coking Coal, Oil, Agriculture, are few of the commodities that China imports the most. Significantly, China imports roughly 500 million tonnes of crude oil annually.

China is expected to grow much slower, and require less resources, with the shutting down of cities and activities. Crude oil prices have dropped 10% from $65 to roughly $59 today, from the virus was declared.

Company such as China Aviation Oil’s (CAO) profit would be dented if the situation persists. CAO is in the business of jet fuel supply and trading. It is also the sole supplier of jet fuel for Shanghai Pudong airport.

As of 3rd quarter 2019, CAO’s revenue went down by 6.1% to $15.2 billion while net profit increased by 4.7% to $78.6 billion. Profit from Shanghai airport contributed $45.5 billion, which is around 58% of the total profit. With the possible bearish scenario in oil and the reduction in air travels to and from China, the profits and revenue for CAO will take a hit.

RH Petrogas (RHP) is an independent upstream oil and gas company. RHP operate across the full range of upstream activities covering the exploration, development and production of oil and gas resources. Geographically, the Group is focused in the Asia region.

As of 3rd quarter 2019, RH Petrogas’ revenue went up by 2% to $43.7 million while net profit incurred a loss of $2.8 million. With the oil market in doldrums, profits and cashflow will likely be affected. Moreover, more exploration will not be ideal in a market where cost outweighs the potential earnings.

RH Petrogas last traded at $0.034, and as the company has a negative profit, there is no P/E. The company also does not pay out dividends. 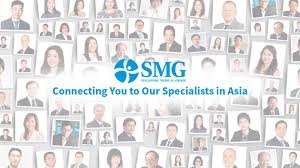 When an epidemic happens, one of the few important professions in the world people require are doctors and nurses. These noble angels are pivotal in helping ailing patients to recover and quell the paranoia in all of us.

Hospitals and clinics especially in China have been jam packed with patients trying to receive consultation and medications.

Singapore Medical Group (SMG) has a network of private specialist providers across diverse medical disciplines. It is also in a rapid expansion drive to expand beyond Singapore and has expanded into Vietnam and Australia.

As of 3rd quarter 2019, SMG’s revenue went up by 9.4% to $68.8 million while net profit increased by 3.5% to $9.9 million. With the possible increment in revenue and costs remaining roughly the same proportionately, net profit is expected to increase.

Going down the value chain, we have Top Glove, one of the largest manufacturer of gloves supplying to over 2,000 customers in 195 countries worldwide.

The company has manufacturing operations in Malaysia, Thailand and China. It also has marketing offices in these countries as well as USA, Germany and Brazil and exports to over

As of 1st quarter 2020, Top Glove’s revenue went down by 4% to RM 1.2 billion while net profit stayed relatively unchanged at RM 111.7 million. With the need for hygiene and gloves provide that option, Top Glove will have a potential of increasing its sales when the demand rises.

Moreover, Top Glove has a 26% market share of the market, which means it is at a prime position to sell its gloves.