These 2 words have been overused these past few weeks, and have been at the mouthpiece of every big and famous investors including Michael Burry.

Given the extreme volatility in the markets, our job as a long term investor is to unearth defensive, household stocks with growth potential. Here are 7 of them worth looking at.

AM Investment has maintained its Buy rating on the stock with a target price of MYR 1.27.

The improved labour situation coupled with new projects in the pipeline are what driving the positive sentiments of the analyst.

“Management expects 2,000 migrant workers from Myanmar to arrive by the end of FY22F with another 1,700
workers joining by September. The additional workforce of 3,700 should allow VSI to sustain its fulfilment of
orders until the December 2022.

Notably, the group has received 4 additional models for assembly from customer X, in which production is
expected to double from the existing level.” 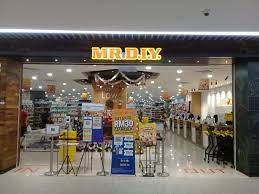 AM Investment Bank has maintained its BUY rating on the company with a target price of MYR 2.60.

The strong economies of scale of the company, and the expectations of better results are what driving the analyst’s valuation

“ MR D.I.Y. Group (M)’s (MR DIY) 2QFY22 results are expected to be better both QoQ and YoY. The group’s revenue is expected to recover from the previous quarter’s low base given that the number of Covid-19 Omicron variant cases has subsided.

Gross margin recovery is also in the cards following the end of the “Price Lock” promotional campaign.

We like the company for its strong economies of scale, backed by a more than 900-strong store network. This gives MR DIY strong bargaining power with suppliers while providing great value to customers. Ranked high in consumers’ pecking order for spending, demand for household essentials is expected to be less affected by inflation.”

> Read more about the company here.

Kenaga Research has maintained its Outperform rating on the company with a target price of MYR 17.20.

Improvement in asset quality and cost controls are going to help the company in its future outlook.

“The group credited lower net impairments seen in 1QFY23 to the same EPF withdrawals which allowed for better repayments.

The better collection translated to higher writebacks for the quarter, mainly arising from the auto
financing segment (28% of total receivables).

Though this may be inorganically induced, we believe near-term recoverability will remain buoyant with the group’s digital onboarding and credit assessment capabilities allowing it to skim for new high-quality accounts.

As of May 2022, the group still holds management overlays of RM38m.

With regards to the possibility of higher OPR in the following months, the group believes there is little
concern to its fund cost as they are mostly supported by long-term debt financing. The group’s debt profile otherwise consists of fixed rate borrowings.

Meanwhile, the group has an existing cash pile of RM551m which they believe is sufficient to sustain working capital needs in the near term.”

RHB Bank has maintained its Buy rating on the company with a target price of MYR 3.45.

Recovery in footfall and customers are the impetus behind the valuation.

“We were pleasantly surprised by the crowd in the casino on a weekday afternoon. While we estimate that c.25% of the tables were still empty, some of the most popular tables had more than 50 patrons gathered around it.

However, outside the casino, the SkyAvenue mall and High Line (bar street) were quite empty in the afternoon, but footfall seemed to have gradually risen later in the day.

We also gather that all of the c.5,000 hotel rooms (out of the 10,500 total hotel rooms at RWG) opened have been fully booked for the weekends.

Given the borders of neighbouring countries have opened, we think Genting Malaysia will likely ramp up efforts
to attract tourists from around the region.

That said, we note that historically, more than 80% of RWG’s visitors have been domestic tourists.

With a decent crowd on a weekday afternoon, we think that RWG should see higher footfall on the weekends and holidays, especially as SkyWorlds continues to draw many first timers.

However, we are cautious on the impact of inflation on GENM’s recovery, as we think that it could reduce the number of gaming and non-gaming visitors, as well as reduce the drop per person, especially for the mass market segment”

Rakuten Research has maintained its Buy rating on the stock and with its target price at MYR 7.20.

The ability to pass on costs to customers as well as the opening of countries are 2 main factors for the good valuation.

“Demand recovery in 2QFY22 will be stronger than previously assumed as the geographical locations in which IHH operates are exiting the end of the pandemic.

There have been strong returns of domestic patients as well as growth in foreign patients in Malaysia and Singapore.

The group will continue to drive cost savings and ramp up productivity and increase bed occupancy ratio currently
averaging at 60% in India.

Gleneagles HK turned positive EBITDA since May 2021 and sustains its growth with EBITDA margin at single digit.

Given the low “price elasticity of demand” of private healthcare services, IHH has been able to pass on cost inflation to customers, as reflected in its rising revenue per inpatient over the past several quarters” 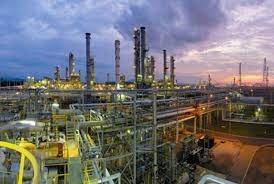 Kenaga Research has maintained its Outperform rating on the company with a target price of $3.40.

The upcoming stellar results will be driving the company’s stock price.

“We remain optimistic about GASMSIA’s earnings prospects given the expected strong earnings for the next three years supported by favourable retail margin arising from the better deal in contract renegotiation.

With economic reopening, volume growth is back on track which we projected at 3% annually.

As such, we maintain our OUTPERFORM rating for its earnings defensiveness and above average dividend yield of >7%. Post-earnings revision, our new DCF-driven target price is now RM3.40, from RM3.10 previously ”

RHB Research has maintained its Buy rating on the company with a target price of MYR 2.06.

All divisions of the company are likely to perform better than expected, which will definitely be a main driver of the bottom line.

But trading & manufacturing, quarry, and building materials may remain weak due to slower demand recovery, cost pressure, as well as disruption in supply due to the lockdown in China.

Nevertheless, profit contribution from these three divisions has been small, accounting for only 10-12% of PBT pre-pandemic”