The longest bull run in U.S. markets came to a grind and growth tech stocks are down big time as we face a double whammy of impending rate hikes and escalating inflation. According to the Fear-Greed Index from CNN above, investors everywhere are now facing ‘FEAR’ at around 36 points – down from 55 in the last month and 56 in the last year.

With that in mind, we came up with 5 Recession-Proof Stocks that pay attractive dividends – so you can collect dividend payouts as we tide through the recession. 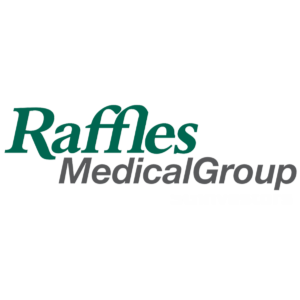 Raffles Medical is a large name in Healthcare and Hospital services in Singapore. It has a network of clinics in 5 countries and 13 cities as well as 3 hospitals (opening/under development) in China.

We believe that healthcare services are not determined by cyclical factors such as GDP and will maintain profitability during periods of extended slowdown.

It is also able to raise prices on their customers, alongside rising costs from inflation. This allows them to avoid tightening profit margins.

The company has maintained a 2.5 Singapore cents dividend from FY2018 to FY2020 even during the pandemic. With the China hospitals near completion and a series of share buybacks between Dec 2021 to Jan 2022, here’s a defensive medical stock investors can do more analysis on.

SBS Transit has benefitted greatly from the Singapore government’s policies to encourage public transport and the take over of its ‘capex-heavy’ buses and rail assets.

The transition to an Asset-light business model coupled with regular fare increases has greatly fueled SBS Transit’s operating earnings and its corresponding increase in share price.

Furthermore, public transport ridership may even be higher as less people take taxis or own cars during  economic downturns. And as people go on their daily lives with Covid-19, SBS Transit remains a solid defensive stock amid concerns over a looming recession.

From the chart above, we can also see that SBS Transit’s earnings have shot up from FY2014 to FY2018 before sidelining from then on.

That said, the dividends have always been a 0.5x payout ratio based on the earnings. This means that if earnings continue to remain stable or increase (due to fare hikes), we can assume that dividends will be at least 13 cents going forward.

Divided by share price of $2.90, and that’s a 4.48% dividend yield – not bad at all unless we go into another Covid-induced lockdown.

With that said, it is trading at a trailing P/E of ~12x, which demonstrates some room for capital appreciation especially when we see that it traded at north of 25x P/E in the past.

Their nature of business serves as a defense against cyclical factors because you have to go for grocery shopping no matter how bad the economy is going to be.

Sheng Siong has managed to increase its profit margins year on year due to its focus on fresh food and good pricing strategies.

It is amazing how it can compete against huge supermarkets like NTUC Fairprice, Giant etc. in a saturated market in Singapore; given that there is one major supermarket for every shopping mall. In addition, they are even growing steadily with new stores’ openings and forging its initial foray into China. However, we feel that Sheng Siong is currently slightly overvalued with a P/E of around 24x and a dividend yield of 3%.

Our biggest local telecom company – Singtel has initiated many sales of its associate investments recently.

It is also mulling options for its Australian fibre assets under its subsidiary Singtel Optus Pty after disposing its mobile phone towers unit last year for A$1.9 billion.

More recently, its associate Bharti Airtel announced on 28 Jan that Google will invest up to $1 billion in the telecom major as part of its Google for India Digitization Fund. The deal includes Google investing $700 million to acquire 1.28% ownership in Airtel and up to $300 million towards potential multi-year commercial agreements. Although it has cut its dividends to 6.9 S cents in FY2021 (from 17.5 S cents in FY2019), the cash-raising moves + the digitalisation shift under a new CEO puts the company in a better position to grow sustainably in future.

This bodes well for income investors as Singtel is committed to a sustainable dividend policy in line with earnings and cash flow generation and expects to pay dividends at the range of between 60% and 80% of underlying net profit, barring any unforeseen circumstances.

Singtel is looking more like a dividend growth stock going forward but is currently trading at a lofty 40.5x P/E ratio due to the associates’ losses.

Be it good times or bad, car inspecting services will be a resilient business as all cars older than 3 years require mandatory inspections and people will keep their cars beyond the 10-year COE. In fact, VICOM is the biggest player in the vehicle inspection space and will benefit from the upcoming EV car trend taking place now – hello Tesla!

The firm’s track record of consistent earnings is also testament to its resilient business model.

VICOM’s share price has not moved much after its stock-split but it continues to deliver steady dividends – 9.3 S cents or around 4.5% dividend yield based on S$2.04 share price.