News pertaining to Covid-19 virus are flashing across headline news every day. Safeguarding citizens’ health are of top priority to governments across the world.

Lockdowns of country, reduction of human contact through stay home measures are some of the measures implemented. Repercussion from all these measures are the fall in sales across almost all industries except the rare few.

Affected companies still must service their debts, pay salaries to their workers and pay their rents. Thus, sufficient cash on hand at this critical moment is very much needed.

We have scoured the stocks listed on SGX and have identified 3 small cap stocks which fits the bill above that you should take note.

In the worse case scenario where Powermatic were to shut down all operations while still paying salaries, rents, and interest expenses the annual expenses for all will be approximately $1.68m. The $34m cash balance on Powermatic will still be sufficient for many years to come. 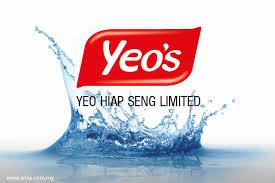 Yeo Hiap Seng is a food & beverage conglomerate with a global network that spans the Asia-Pacific, Europe, North America and Oceanic regions. It has popular brands such as H-TWO-O, Yeo’s, Justea, etc.

Considering all its advertising, marketing, selling and distribution, administrative and finance expenses for the year, the annual expenses for all will be approximately $95.78m.

The close to $300m cash balance on Yeo Hiap Seng is more than sufficient to tide the company through 3 years of expenses.

Moreover, with its defensive nature of business, especially in current climate, the strong cash position gives it a boon to look out for acquisitions. 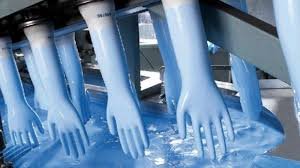 Riverstone was established in 1991 and listed on the Mainboard of the Singapore Stock Exchange in 2006. It specialises in the production of Cleanroom and Healthcare Gloves, finger cots, cleanroom packaging bags and face masks.

It has grown to become the leading global supplier for Cleanroom and Healthcare Gloves in Asia, Americas, and Europe.

As of its year-end results, Riverstone has RM 68.4m of cash and equivalents on its balance sheet. Deducting the short-term bank loans of RM 6m, Riverstone is in a net cash position of RM 62.4m.

Considering all its selling and distribution, administrative and finance expenses for the year, the annual expenses for all will be approximately RM 12.2m.

The cash on its hand will be able to cover this amount, with an excess of RM50m after debt is accounted for.

In addition, in current scenario where medical equipments are in huge demand, sales will skyrocket for Riverstone.  Therefore, it may even reach a stage where more cash will be added instead of being drawn down.

Do you know that China is emerging stronger from the Coronavirus outbreak as we speak?

And there are 5 oversold China-based stocks poised to recover and grow for the long term. Click here to uncover these ideas in our FREE Special Report!